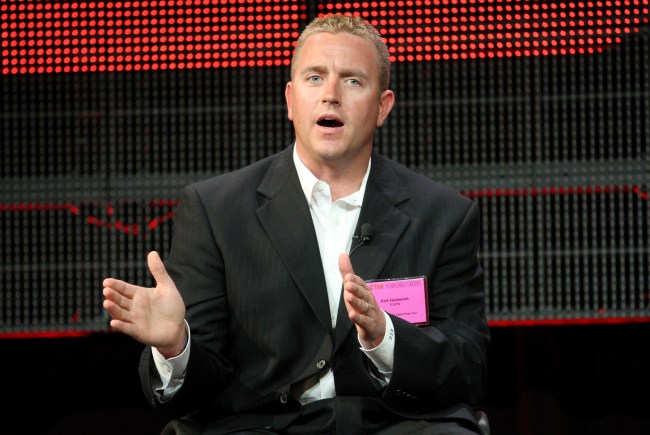 A nasty all-out brawl broke out Thursday afternoon between Mississippi State and Tulsa during the Armed Forces Bowl.

While talking about the fight on ESPN’s College GameDay, college football analyst Kirk Herbstreit suggested that players should be banned from taking of their shirts before the game because it leads to fights.

Kirk Herbstreit wants to ban players from taking their shirts of before games pic.twitter.com/8Do3yvFQVX

“I think we all agree this is an embarrassment not only for these two teams but for college football,”. “We see this more and more in college football … coming out in pregame without a shirt on. That needs to be banned in college football. That’s just not coming out with your shirts off. That’s sending a message to your opponent. I remember Penn State vs. Ohio State a year ago, it adds to the chippiness of the game …

Fans weren’t entirely sure what to make of Herbstreit’s recommendation.