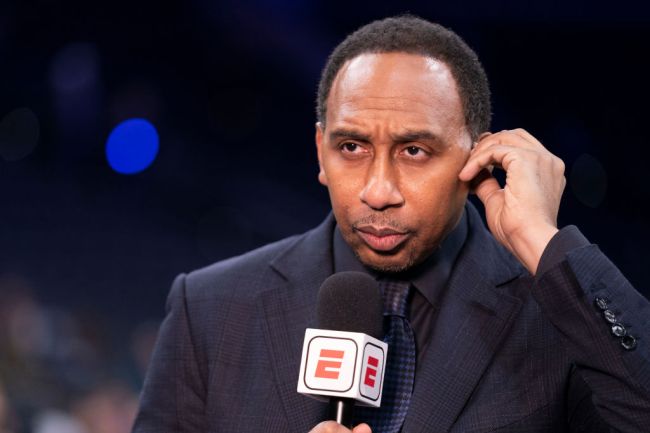 Stephen A. Smith is having a rough week at ESPN.

Not only did Stephen A. receive intense backlash after making some incendiary remarks about MLB All-Star Shohei Ohtani on Monday but he also drew the ire of the Internet for mispronouncing the names of players on the Nigerian basketball team while mocking Team USA.

“There’s no excuse to lose to Nigeria… [To lose to] some dude Gabe Nnamdi, who goes by Gabe Vincent and plays for the Miami Heat. Or Caleb Agada. Or Nma… however the hell you pronounce his name,” “You give up 60 points on 3’s? Excuse me, you can do better than that.”

Put some respect to their names https://t.co/BOZ6dwHGph

On Tuesday, Smith apologized to the Nigerian basketball team but unfortunately, he mistakenly name dropped UFC fighter Francis Ngannou as a Nigerian he respects which is an issue considering Ngannou is Cameroonian.

Stephen A Smith apologizes to the Nigerian basketball team for mispronouncing their names during segment https://t.co/tyl92jRBct pic.twitter.com/k3EqHvZ09T

“I also don’t want to escape on a different note the Nigerians as well because the Nigerian team that beat team USA when I didn’t pronounce someone’s name apparently they took offense to that and I’m a guy who’s a huge fan of Francis Ngannou, Israel Adesanya, Usman…I love that brother the Nigerian nightmare…and to listen to them over the years highlight what they’ve had to endure to achieve what they’ve achieved in this nation and throughout the world certainly, I would like to apologize to them as well”

Fans were quick to point out Stephen A’s mistake.

So…..no one stopped to tell him that Francis Ngannou was born and raised in Cameroon, not Nigeria. https://t.co/93qdOdCbpD

LOOOOL @francis_ngannou is from Cameroon 😂😂

And Francis Ngannou is from Cameroon you idiot @stephenasmith