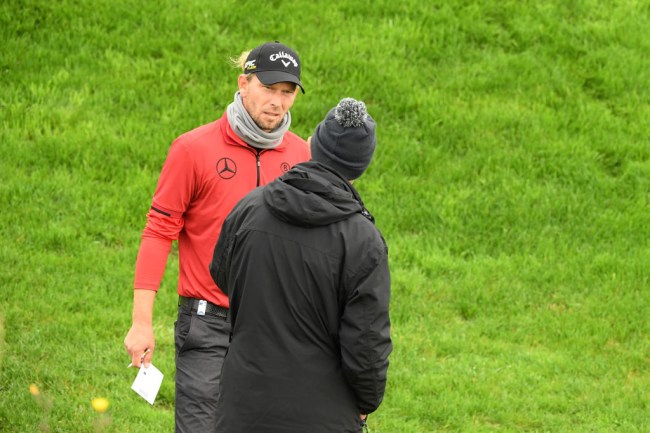 Is this the official ‘let’s break the rules of golf’ week? First, we had Lee Ann Walker get slapped with 58 penalty strokes at the Senior PGA Championship after her caddie lining her up prior to her shots and now we have Marcel Siem getting hit with 10 penalty shots on the European Tour.

As the French Open began on Thursday at Le Golf National – host of last year’s Ryder Cup – Siem was for some reason under the impression the field was playing preferred lies for the first-round. It was wet, but it was never announced the players were to play preferred lies.

What’s truly bizarre about the story is that Siem made it a full nine holes and took a total of five preferred lies before he caught on to the fact he was supposed to be playing the ball as it lied. Each time he moved the ball he incurred 2 penalty shots adding up to 10. As a result, he decided to disqualify himself from the event.

Siem posted a message on Facebook about the situation saying, “I played preferred lies on the fairways five times. Then of course played the ball from the wrong place and conceded 10 penalty strokes. That was a little too much for me and I disqualified myself.”

While the situation in itself is tough, the story turns out to be even more brutal. The four-time European Tour winner has fallen all the way to No. 797 in the Official World Golf Ranking and entered the week 189th in the Race to Dubai. Thanks to the DQ and inability to improve those rankings he’ll now return to Q-School in hopes of getting his full European Tour status back.

Siem’s best finish on the European Tour this year is a T-37. He has not played in a PGA Tour event since 2015.

Mark is a New York City-based writer from a small town in Tennessee. Feel free to follow him – and even yell at him – on Twitter @MarkAndHisWords.