What Is The New $6 Billion European ‘Super League’ Sending Shockwaves Across The Soccer Landscape? 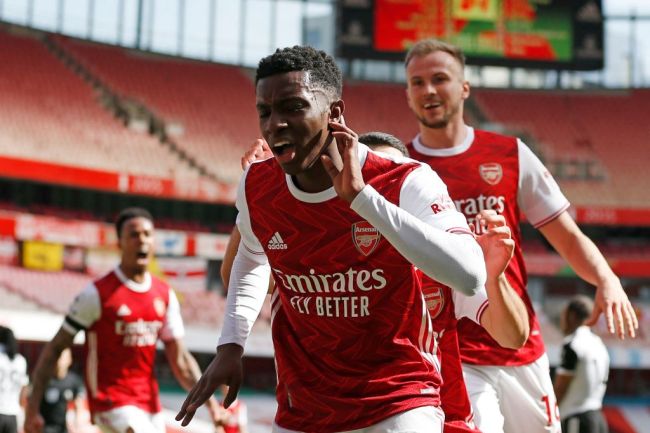 A group of top European soccer clubs have agreed in principle to create a breakaway competition that would turn the sport’s entire structure on its head. According to the New York Times, the ‘Super League’ would be founded by a group of 15 clubs that include Real Madrid, Barcelona, Manchester United, Manchester City, Liverpool, Chelsea, Juventus, Arsenal, Tottenham, Atletico Madrid, AC Milan and Inter Milan. Three other teams will be included in the founding clubs and five outside teams will be invited based on their performance qualifications each season.

The group has been in secret talks for months and is expected to make a formal statement ahead of UEFA’s (soccer’s governing body) planned announcement of a new Champions League format. UEFA, the Premier League, the FA Cup, Serie A, La Liga and FIFA are furious.

According to the Times: Officials at European soccer’s governing body, UEFA, labeled the proposal for a closed Super League a “cynical project” in a strongly worded statement that was co-signed by the Premier League, La Liga in Spain and Italy’s Serie A, as well as the soccer federations of each country.

But UEFA also was taking the threat seriously. Its leaders spent the weekend in discussions about its options to block the plan, including potentially banning the breakaway teams from domestic leagues and their players from competing for their national teams in events like the World Cup. And it reminded the breakaway clubs (and, effectively, their players) that FIFA and its six regional confederations already had made a similar threat.

Despite the pushback from top leagues and governing bodies, the leaders of the group continue to recruit other top teams to join, like German’s Bayern Munich and Borussia Dortmund and French champion Paris St.-Germain. PSG’s president Nasser al-Khelaifi sits on the UEFA board and heads beIN Media Group in Qatar, which paid millions to UEFA for broadcasting rights of the Champions League. Thus, he and PSG, among other clubs, are not interested in leaving the domestic and continental competitions that have structured European soccer for decades. Nasser al-Khelaifi’s various positions also serve as a great reminder of how intertwined and double-dealing that the sport of soccer is on most levels.

FIFA, which is one of the more corrupt organizations in all of the world, has said that “the clubs concerned will be banned from playing in any other competition at domestic, European or world level, and their players could be denied the opportunity to represent their national teams.” So if this super league does come to fruition, and a club joins on its own merit, its players could be ruled ineligible for international competition like the Euros, Olympics or World Cup, even though they have no say in the matter. Ridiculous.

“If this were to happen, we wish to reiterate that we – UEFA, the English FA, RFEF, FIGC, the Premier League, LaLiga, Lega Serie A, but also FIFA and all our member associations – will remain united in our efforts to stop this cynical project, a project that is founded on the self-interest of a few clubs at a time when society needs solidarity more than ever.

“We will consider all measures available to us, at all levels, both judicial and sporting in order to prevent this happening. Football is based on open competitions and sporting merit; it cannot be any other way. […]

“We thank those clubs in other countries, especially the French and German clubs, who have refused to sign up to this. We call on all lovers of football, supporters and politicians, to join us in fighting against such a project if it were to be announced. This persistent self-interest of a few has been going on for too long. Enough is enough.”

The Premier League, FA and governments across Europe have also released individual statements that denounce the Super League. It’s a rather preposterous, hypocritical thought process. While it’s easy to understand why the Super League would cause panic and concern amongst other leagues across the continent, to say that “this persistent self-interest of a few has been going on for too long” is absurd. Each of the leagues who are against a new format are being equally as self-serving. They don’t want the lucrative structure that has been so long established to break, because they see the potential loss of revenue and lack of over-arching control leaving along with their teams.

Should this European Super League formulate, the proposed structure is fairly simple. 20 clubs would be split into two 10-team groups. Each team in a group would play both home and away matches against one another and group-stage matches would take place in midweek. The top four teams in each group would then reach a knockout bracket across the two divisions that would decide a champion for the season. Top-seeded teams will play the lowest-seeded teams in the playoff, with the best record playing the team with the eighth-best record and so forth.

As for financial implications, the difference is staggering. The Times reported that founding members will be offered up to £310 million each to join the competition. To compare, Champions League qualification is worth £100 million. Reports say that it will be bankrolled by United States banking giant J.P. Morgan Chase & Co. with $6 billion distributed as loans to the teams, but the firm has declined to comment so far. If you’re a European club that is potentially being offered £210 million more than what you’re currently receiving, why would you say no?

Understandably, people beyond the officials and leagues are upset with the idea. The belief of many is that it will diminish the level of competition in other ventures, as the top clubs compete amongst each other behind closed doors.

🗣 "They are an absolute joke." 🤬@GNev2 shares his opinion on the big six clubs signing up to the 'European Super League' pic.twitter.com/fJChoE1VCf

With that being said, however, the clubs involved are expected to continue on with their domestic competitions. There has been no indication as to whether they would chose to compete in other continental competitions, but the threats to ban them from said competitions would likely indicate no.

An announcement from/surrounding the European Super League could come as early as Sunday, but the timeline for its unveiling and rollout is unclear. It is seemingly imminent that the 12 clubs will announce their decision to join forces in the near future, and the ripple-effect ramifications will be felt across the globe. No matter when it comes, the announcement will be met with panic, anger and a lot of heated back-and-forth over the next few months. Grab your popcorn.