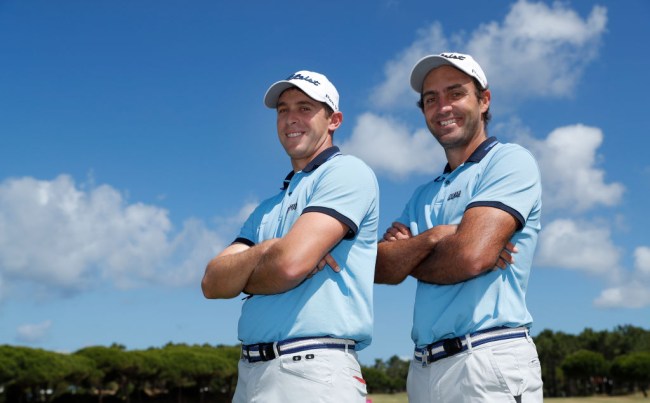 European Tour player Lorenzo Gagli arrived at this week’s Oman Open exhibiting flu-like symptoms and after being assessed by the tournament’s medical staff and the Omani Ministry of Health, the 34-year-old Italian was tested for coronavirus and quarantined.

He was sharing a hotel room with fellow Italian and European Tour player Edoardo Molinari and while Molinari showed no symptoms of illness they decided to quarantine him on the Wednesday prior to the tournament as well.

Gagli’s test came back negative on Thursday so the two were released from quarantine and the Tour reinstated the two players. However, their two spots in the field had already been filled by two other golfers so the European Tour had to expand the field of the tournament to 146 golfers.

According to Golf Digest, Gagli told the Italian newspaper La Nazione that he was actually told that he would be quarantined for a week meaning he would have to miss out on next week’s Qatar Masters. Gagli also made the point that he had been around dozens of other players during the week so if there was a real risk with the coronavirus then they would have to cancel the tournament altogether.

“It’s an inexplicable decision,” Gagli said to La Nazoine. “Only us two have been excluded from the tournament, but I arrived in Muscat last Sunday and over the last few days I’ve worked out in the gym with dozens of other players. I ate with them and traveled by bus with them.

“If there was a risk of contagion, then they would have to isolate dozens of golfers and cancel the tournament.”

Molinari told Golf Digest that he is “absolutely fine” and that the Tour “lost the plot as usual.”

You certainly can’t blame the two for being upset about the entire situation, but you also can’t blame the Tour and Oman for being cautious. It’s worth noting that Italy currently has the most confirmed coronavirus cases of any country outside of Asia.

The Tour paired Molinari and Gagli together for Thursday’s opening round in a twosome of their own.