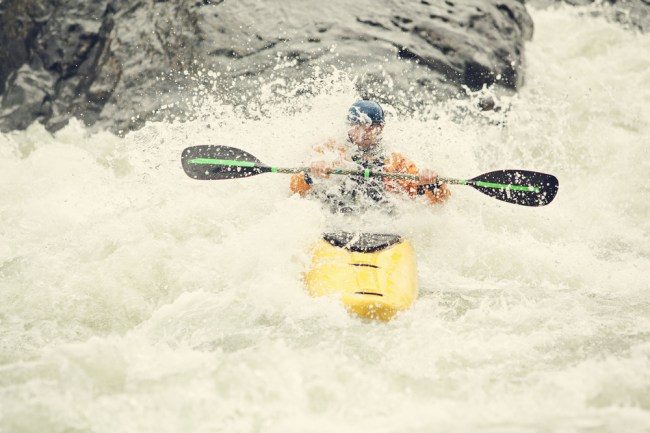 With the melting snowpack in full effect, California’s Royal Flush series of waterfalls is pumping as hard as people have seen it in quite some time. Kayaker Evan Moore is a California native known for paddling into some of the most dangerous rapids around, and he got his opportunity to do exactly that while running through the three-day Royal Gorge section of the North Fork of the American.

Evan Moore filmed himself bombing down the five drops of the section known as the Royal Flush and this is easily the most intense kayaking footage you’ve seen so far in 2018:

The last few days of kayaking have been quite intense to say the least. Growing up the Royal Flush was always something I aspired to accomplish. To be in a position to do it takes so much preparation and definitely some luck to have the right crew and the right levels to pull this off. I have so much more respect for all those who have Royal Flushed before. Those 5 drops are insane and to link them all up takes some incredible mental toughness and skill. I was so stoked to have clean lines off all the drops. I even managed to stay upright on all of them except Rattlesnake.

Big ups to Evan Moore for pulling this off and capturing some incredible footage in the process!