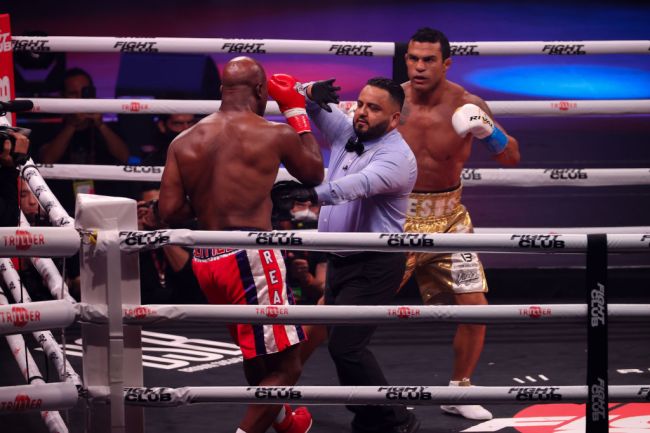 On Thursday. Rafael reported that the event sold 150k PPV buys and grossed about $7.5 million.

Per sources, #HolyfieldBelfort event totaled about 150k PPV buys between linear & digital platforms, which would make it a massive $ loser for Triller. At 150k it would gross about $7.5M from ppv, not remotely close to covering even the purses, not to mention rest of expenses.

Triller, the promoter of the event, likely lost a ton of money considering Rafael had reported earlier that the 58-year-old Evander Holyfield likely made $5-6 million to take the fight against Belfort on a week’s notice after Oscar De La Hoya was forced out when he contracted Covid.

The one silver lining for Triller is that Anderson Silva, who provided a viral knockout finish of Tito Ortiz, has plenty of people interested in his boxing career and could become a legit PPV draw in the future.