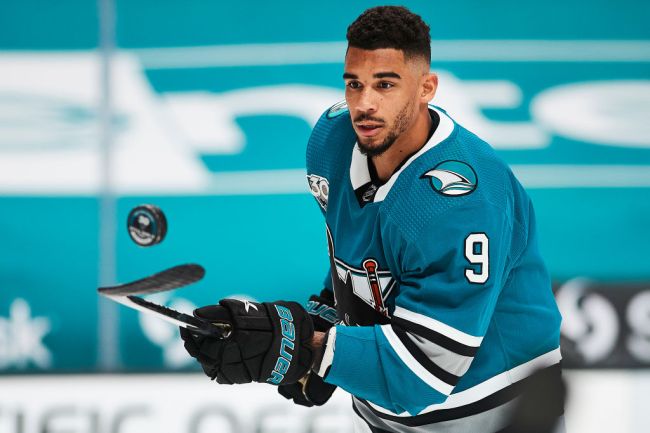 On Saturday, Evander’s pregnant wife Anna took to Instagram to make some explosive allegations against him. According to Anna, Evander left for Europe to party with model Mara Teigen in early July and left her broke without enough money to buy formula for their daughter. She went on to accuse her husband of being a gambling addict who bet on his own games which prompted an NHL investigation. 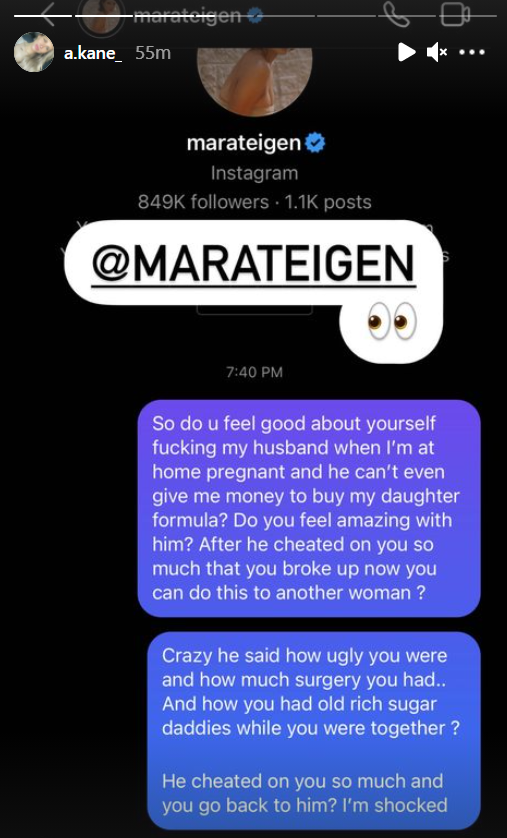 Evander took to Twitter to deny betting on his own games and called his soon to be ex-wife “mentally unwell.”

“The facts are I personally had my best season of the my career last year and was the most consistent I’ve been throughout any season, I’m proud of that. I love the game of Hockey and would never do any of what was alleged. I look forward to cooperating fully with the league’s investigation, having my name cleared and looking forward to this upcoming season.”

“I would encourage people to realize that someone who goes to this length to try and jeopardize someone’s career with lies is mentally unwell. I hope this is the last time it will be publicly addressing any further misrepresentations of me as a father.”

Anna immediately fired back and made more accusations against Evander. In an Instagram story, Anna claims Evander told her he was counting cards with criminals who threatened to kill his family if she spoke out publicly. 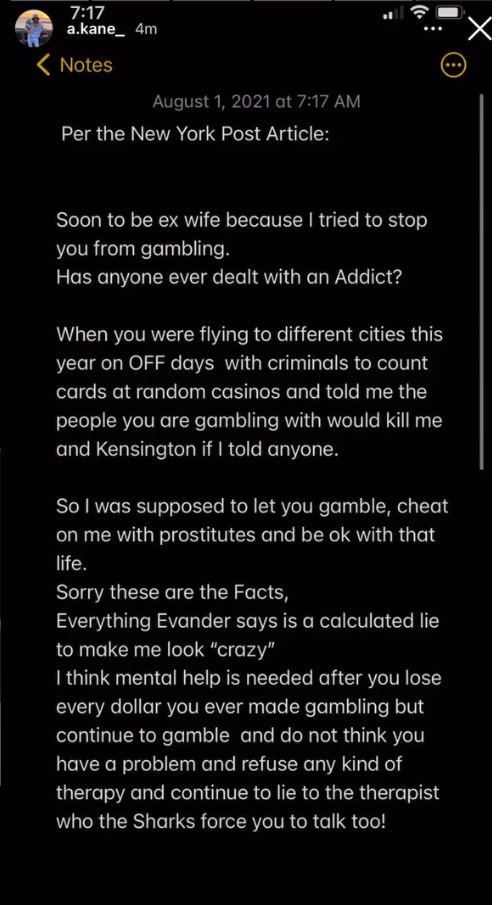