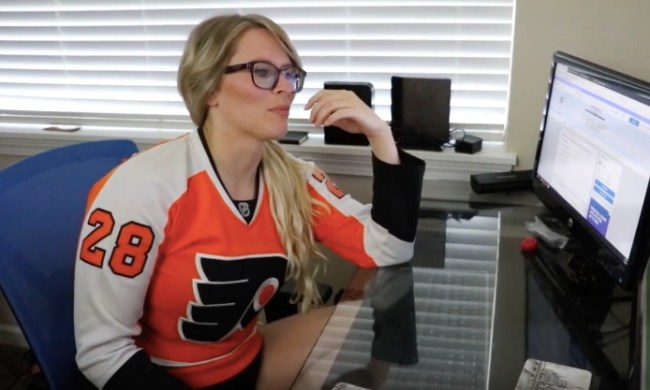 Is it October yet? That’s the question that hockey fans have been asking themselves ever since the Washington Capitals beat the Vegas Golden Knights in 5 games in the 2018 Stanley Cup Finals to hoist their first-ever Stanley Cup trophy. Then the offseason started and holy hell has it been a wild ride.

There have been so many blockbuster moves and signings it’s hard to keep track of. You can check out the complete 2018 NHL Free Agent Tracker here on the NHL’s website but there’s no need because YouTuber/comedienne Jillian Fisher just put out this video that’s been blowing up on Twitter (find her at @FisherJillian). She runs through impressions of every NHL team’s fans in 90 seconds. There’s definitely a Scooter Magruder vibe to this that I can totally get on board with:

As a Tampa Bay Lightning fan I was slightly annoyed that she only devoted 1-second to my team but she also nailed it with ‘we can totally still fit (Erik) Karlsson in’ because that’s been the exact sentiment of Lightning fans ever since we locked up all of our key players to long-term contract extensions.

I know that it’s the offseason and the NHL news gets kind of boring, but this story about a Caps player having his finger sliced off and reattached during the Stanley Cup Playoffs is pretty damn mental. Check it out if you haven’t read that yet.

READ NEXT: NHL Legend Mario Lemieux Is Selling His Massive Castle In Quebec For $16.8 Million