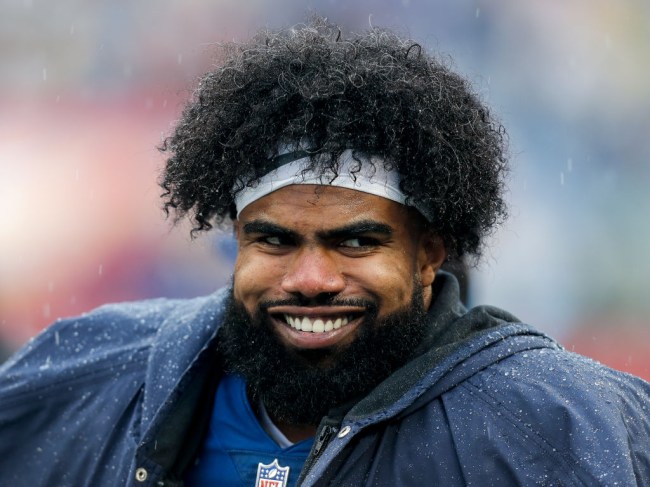 Last month, the Dallas Cowboys experienced a bit of a setback when rumors started to swirl that star running back Ezekiel Elliott was willing to sit out the entire season if the team failed to give him a new contract.

At first, Cowboys owner Jerry Jones seemed confident that the two parties would manage to strike a deal before Week One but he certainly didn’t do himself any favors by flippantly addressing the situation and pissing off Elliott in the process.

However, Jones maintained the Cowboys were committed to working something out and didn’t seem overly concerned that Elliott would miss any games despite the fact that the RB hinted he might be willing to play for another team.

Zeke opens up about how he has seen playing outside Dallas as a possibility. pic.twitter.com/fgAIGVStBa

While there were initially reports the Cowboys had issued an offer that would have made Elliott one of the highest-paid running backs in the league, it appeared negotiations had come to a standstill last week and Jones admitted there was a chance the holdout could continue into the regular season.

On Tuesday, Ian Rapoport reported the two sides were still dealing with their fair share of differences, but shortly after, he revealed they were on the verge of striking a long-term deal that would fulfill Elliott’s wish to become the highest-paid running back in the league.

Now, it appears Elliott has gotten what he’s been seeking all along, as Rapoport announced on Wednesday morning that he’d finally secured a six-year contract worth $90 million (about half of which is guaranteed).

Shortly after the news broke, Elliott seemed to confirm the report via the following tweet.

That sound you hear is fantasy football owners across the country breathing a massive sigh of relief.