Fan Screams In Grayson Allen’s Face And Calls Him A ‘B*tch’ As He Walks Off Court, Despite Allen Being Injured 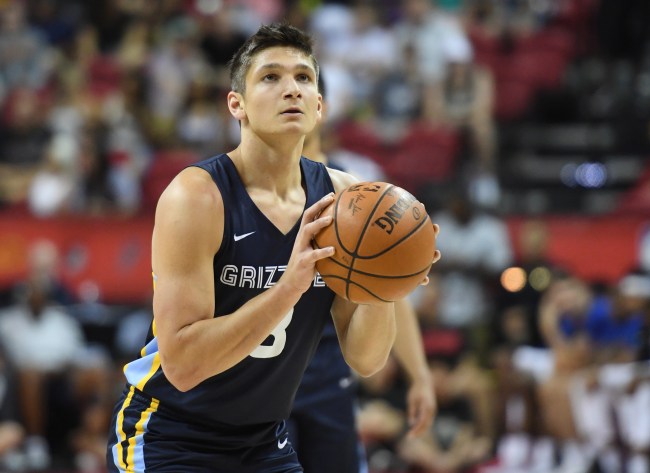 It’s baffling to me how Ray Lewis was connected to a double-murder and with one press of the fast-forward button, he’s got a statue outside of M&T Bank Stadium and the world is subjected to hear him talk about God and righteousness as a paid analyst.

But Grayson Allen, who tripped a few guys a couple years ago, is harder to forgive.

I guess it’s true what Rob Riggle says in Step Brothers: It’s just something about his face.

This was evident yet again during the Grizzlies 118-117 win over the Charlotte Hornets on Wednesday night. Allen has been sidelined the last six games due to left ankle soreness, and it looks like he’ll be sidelined for a couple more with soreness to his feelings after a Hornets fan called him a ‘bitch to his face.’

Dude told Grayson Allen straight up that he was a bitch…pic.twitter.com/67TobypvZb

Don’t take it personally, Grayson. You are just one in a long list of punchable Blue Devil faces.