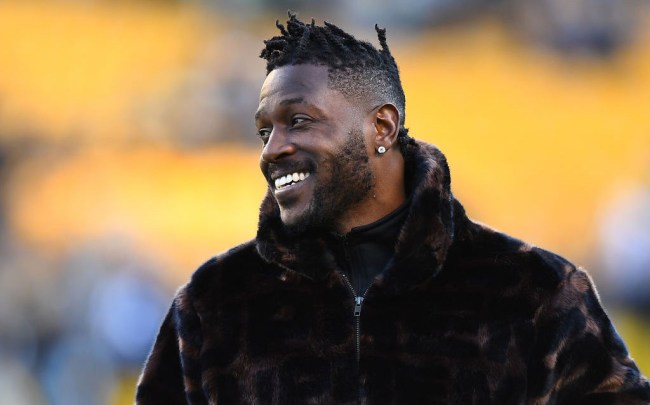 After a month of drama sparked by frostbitten feet, a banned helmet, and a heated beef with Raiders GM Mike Mayock, Antonio Brown saw his wish come true when he was released by Oakland over the weekend before promptly signing with the Patriots.

It’s safe to say not everyone was thrilled with Brown, like the Raiders fans who chanted “Fuck AB!” during Monday night’s game against the Broncos. However, plenty of other people were pissed that the Patriots managed to add Brown to an already stacked roster—including a Giants fan who went slightly too far when he heard the news.

According to Busted Coverage, Rhode Island resident Tobias Grey took to Facebook after hearing about the signing and threw up a calm and rational post in which he threatened to shoot up Gilette Stadium, saying:

“I don’t even really post too many things so you know this is real since the Patriots signed Antonio Brown. I’m going to pull a white boys school shooting at Foxboro you might as well just hand them the ring right now. I’m if I ever get my hands on a gun which I don’t have one yet but I’m looking, I will go shoot up random people at Foxboro. Fuck the Patriots.”

As NBC10 reports, the post quickly came to the attention of law enforcement officials who would ultimately charge him for “threatening to commit a crime and uttering a terroristic threat,” although Grey’s attorney claims his client was only joking, saying:

“He just said it was almost—it was just a reaction. And he put something up there as any other fan might. He immediately took it down. I didn’t see the post myself, so I can’t comment on what it said.”

Grey was initially arrested by East Providence police but was ultimately hit with the aforementioned charges by those in Foxborough. On Monday, he appeared in court to waive his extradition rights, where he was captured rocking a Victor Cruz jersey. 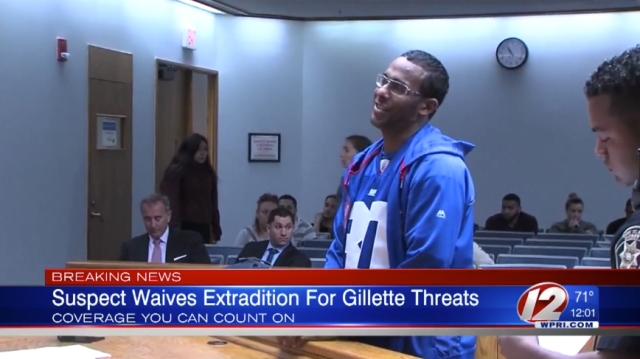 Talk about an overreaction.