Antonio Brown Avoids Suspension, Will Play In Raiders Week 1 Game Vs Broncos Despite Calling GM Mike Mayock A ‘Cracker’ And Threatening To Punch Him In The Face 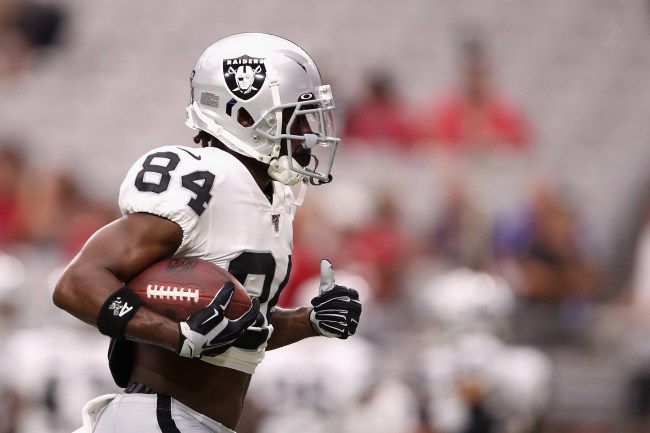 Despite all the drama, it seems like Antonio Brown will play for the Raiders this season after all.

Earlier this week, Brown got into a heated confrontation with GM Mike Mayock after Mayock fined him for skipping a few practices during training camp.

Today we learned that Brown went as far as to call Mayock a “cracker” during the confrontation.

The team source said Mayock tried to keep his cool and defuse the situation.

“[Mayock] was like, ‘I’m cool, I understand your displeasure,'” the source said. “[Mayock] sort of just like … just walked away because he saw it escalate.”

The source stressed the confrontation escalated quickly, but it never appeared to be getting physical, and players, including linebacker Vontaze Burfict, attempted to separate Brown from the situation in order to calm him down.

That led to the team planning to suspend Brown, according to ESPN’s Adam Schefter.

Brown eventually issued an emotional apology to Mayock and the team for his tirade.

Apparently, AB’s apology worked because head coach Jon Gruden announced that Brown would play in the team’s week 1 game vs the Broncos on Monday Night.

#Raiders WR Antonio Brown “I’m excited to be out here with my team. I apologized to my teammates. Enough talk.” @nflnetwork pic.twitter.com/N6otdQx9FT

What a crazy week.