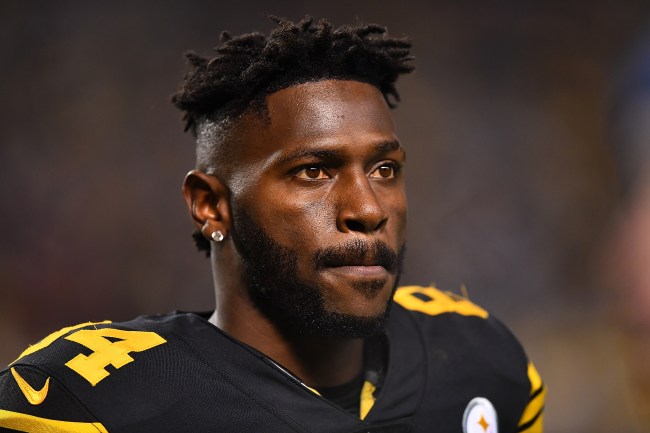 There’s some more drama unfolding in Oakland regarding their new superstar wide receiver.

Antonio Brown, who is currently sidelined with extreme frostbite on his feet due to wearing improper footwear in a cryotherapy machine, has filed a grievance with the NFL because he wants to wear his preferred helmet that has been discontinued and no longer compliant with current NFL helmet policy.

Apparently Brown is threatening to no longer play football if the league doesn’t grant his request to use his old helmet.

Apparently, the main reason AB isn’t in camp is because Brown is at odds with both the Raiders and the NFL over the new helmet rule policy.

Also FWIW: Antonio Brown’s recent absence from Raiders’ camp has more to do with his helmet grievance than this blistered feet, per league sources.

THREAD: 1) Even before suffering bizarre injuries to his feet, Antonio Brown alarmed Raiders coaches and teammates by railing against the NFL’s enhanced enforcement of helmet regulations, a policy change which will likely force the star receiver to switch to a new model…

2) Brown’s vocal resistance to the mandate, both during OTAs and shortly after his arrival in Napa, Calif. for training camp, has contributed to a disconnect with the team that acquired the seven-time Pro Bowl selection via a trade with the Pittsburgh Steelers last March…

4) Brown initially left to seek an additional medical opinion on his frostbitten feet. Before leaving, Brown pushed back for a third time against the league’s prohibition of the helmet model he has worn for his entire nine-year career…

5) His continued frustration surrounding the situation has created a buzz among teammates and coaches, one of whom referred to the saga as “honestly the most insane thing I have ever heard. I don’t know why it’s so important to him. It doesn’t make any sense.” …

18) Since joining the Raiders, Brown has frustrated his new bosses by showing up late to numerous meetings and by often appearing unfocused in them…

19) Brown, according to witnesses, typically glances at the screens of several tablets and his smart phone during meetings, distracting himself by engaging in activities which include perusing his bank accounts and “liking” photos on Instagram…