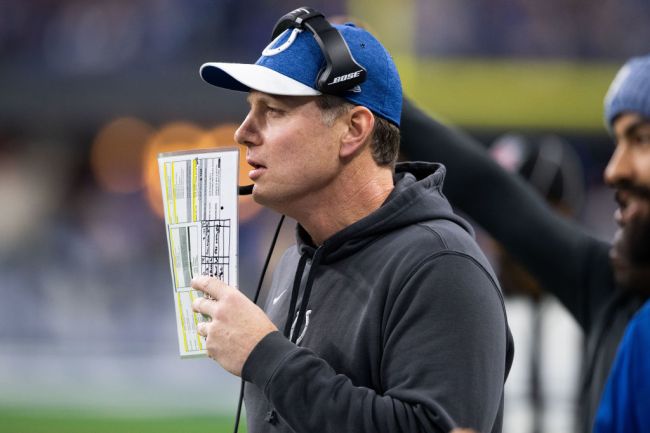 There’s no way around it. The Chicago Bears absolutely have to get this one right. Today, it was revealed that their next head coach would be Matt Eberflus. There is a lot that he is going to need to fix as he takes over the team.

Former Colts’ defensive coordinator Matt Eberflus is being hired as the head coach of the Chicago Bears, per sources.

The Bears believed they drafted their franchise quarterback and then tanked his rookie season. They somehow managed to ruin Allen Robinson this season, which even Blake Bortles couldn’t accomplish. They already have over $12 million in dead cap space wrapped up in quarterbacks who won’t play next year. They don’t have a first round pick this year.

There is hope, though. They have a new GM and head coach coming in. They have a strong running game. They have a solid defense. Justin Fields could still pan out. They are currently projected for the league’s 10th most cap space next season.

It’ll all come down to whether or not they get their head coaching choice correct. If Twitter is any indication, fans aren’t convinced that Eberflus is the man for the job.

I was a huge fan of how his defense shut down the Jaguars in week 18.

Fields on the phone with him right now

why would you not get a offensive guy for fields

BEARS BAG HAS BEEN FUMBLED 😭🐻

It does seem like a bit of an odd hire for a team whose offense ranked in the bottom 10 in total yards and bottom 5 in touchdowns this season. Eberflus doesn’t really fit the bill of somebody who is going to fix it. He’ll likely keep the Bears defense strong, but now the offense will come down to the coordinator.

At least Matt Eberflus has to be better than the last Matt that held this job.