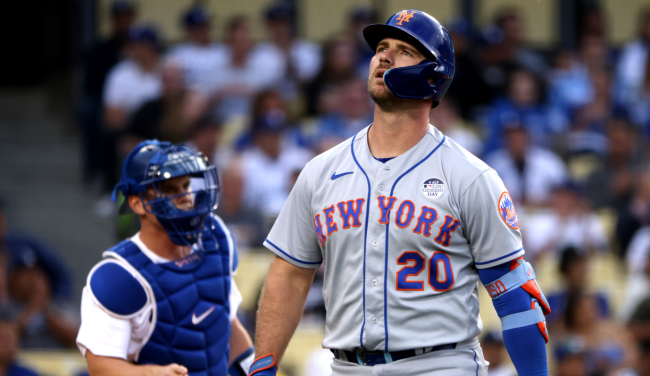 Thursday was one bizarre day for the New York Mets in Los Angeles.

First off, before even getting to Dodger Stadium, the team’s star shortstop Francisco Lindor suffered an injury to the middle finger on his throwing hand while closing his hotel room door. (Seriously That is a thing that actually happened.)

Then it was reported that the Mets organization was very unhappy with the conditions of the visitor’s facilities at Dodger Stadium.

Thursday night, Mike Puma of the New York Post reported, “Mets aren’t thrilled with the working conditions at Dodger Stadium. According to one Met, the video room is dingy and smells like rat urine. Says it’s far below MLB standards.”

Dodger Stadium is the third oldest baseball park in MLB (only Wrigley Field and Fenway Park are older), and not every stadium can be as luxe as Citi Field, but perhaps the disparity between such parks is becoming a problem?

Many fans were perplexed by the Mets’ complaints about Dodger Stadium

Baseball fans, as they always do, had some thoughts.

They do realize they once played in Shea, right?

I know Kelly isn’t with the Dodgers anymore, but this is still the appropriate response. pic.twitter.com/js1by3hoH5

Which Mets player is the rat urine connoisseur https://t.co/YvwCZVES2y

They walked into a subway station? https://t.co/b7DDrvcu2E

Perhaps the Mets players are just spoiled. The team’s owner Steve Cohen recently added yet another high tech gadget to Citi Field with the purchase of a new pitching machine that has the ability to replicate the delivery of any pitcher in the league.

“[The machine] will be the pitcher, so if we draw up Clayton Kershaw we will be facing Kershaw, his windup and everything and his pitches,” said Mets hitting coach Eric Chavez.

“If it’s going to help the team succeed then [Cohen] is willing to do it, so it really doesn’t come down to a cost factor,” said outfielder Brandon Nimmo about the new pitching machine.

Then again, it doesn’t cost much to stick some rats in the visitor’s video room and let them do their thing. It appears that may have given the Dodgers a competitive advantage as they were able to take game one of the series 2-0 on Thursday.