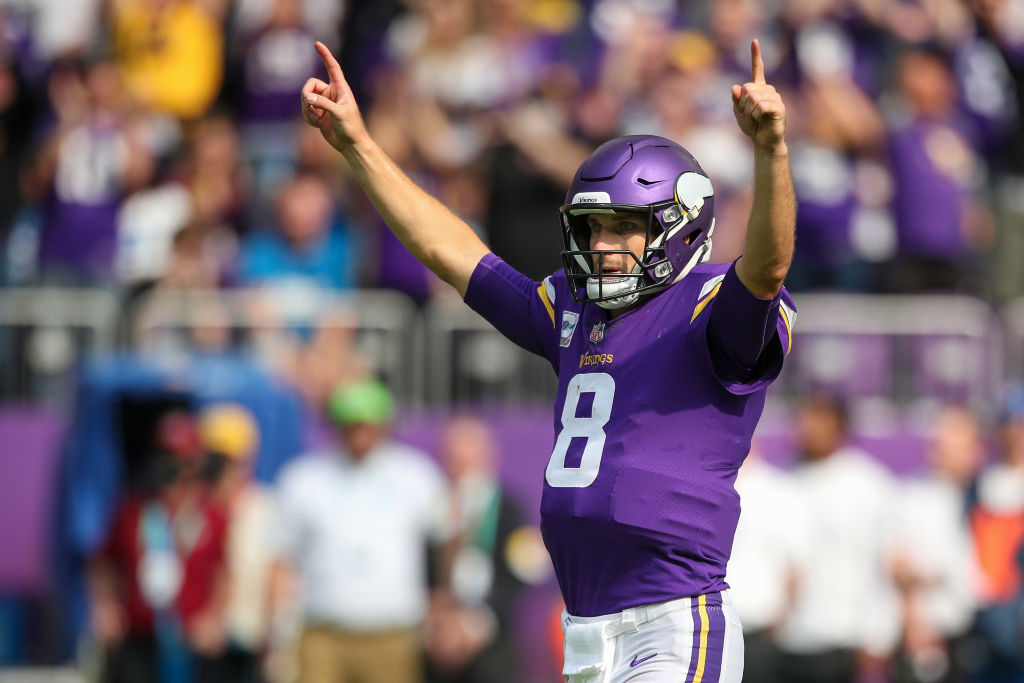 The Minnesota Vikings beat the Detroit Lions on a 54-yard field goal as time expired on Sunday. It marked the second time in two weeks the Lions lost on an excruciating last-second field goal.

Minnesota only had 37 seconds to march down the field and get into FG position after Detroit scored a touchdown to take a 17-16 lead with 41-seconds on the clock. The Vikings ran the kickoff back for 17 yards, Kirk Cousins fired off 21, 6, and 19-yard passes. Then they made the field goal and started celebrating.

This is where things got weird. A jubilant Kirk Cousins appeared to get too aggressive with Minnesota head coach Mike Zimmer with a celebratory push and shove that seems to have been misinterpreted. The clip shows Kirk grabbing the coach and then Zimmer appears to be so ticked off he has to be restrained. I’m sure cooler heads prevailed in the locker room but this tense moment has to be seen:

Kirk Cousins doing exactly what Mike Zimmer wants him to do: play (and celebrate) with fire. “You like that?” https://t.co/J8LiNhVZxK

After the game, Kirk Cousins said “I was just celebrating with it, I was fired up” but it sure looked different from where I was sitting, at least in terms of how the head coach reacted. Do these look like two grown men who are happy with each other?

NFL fans on Twitter were quick to point out how this looked like a very heated and aggressive exchange and not a standard celebration after winning a game.

Am I doing this right? pic.twitter.com/UZb5ooARqG

Yup. Look at Kirk’s eyes. “CANT YOU SEE I CAN MOVE THE BALL. LET ME YOU F**K” 😡#firemikezimmer

Coming for you Zim pic.twitter.com/ej9R7LnNPg

Mike Zimmer and Kirk Cousins both ecstatic after that field goal, sharing their biggest embrace I can remember. The feel around the Vikings would've been pretty dicey if they lost that one.

That's an interesting exchange. Looks to me like Cousins is saying trust me you P.O.S. And Zimmer, well… still doesn't get it. Seriously, Zimmer needs to go. Now!

Look at Zimmers face after this exchange? I mean Kirk and Zim don’t do that stuff. We’re they mad at each other?

I replayed the odd exchange in slow motion and it sure appeared there wasn't any love being displayed!

Will anything come from this heated exchange between Kirk Cousins and Mike Zimmer? It’s not likely. The incident was brushed aside after the game. None of the mainstream sports media seems to be hammering the altercation today.