An Entire Team Has Pulled Out Of The MLS Restart (Meanwhile, The EPL Just Registered *Zero* Positive Tests) 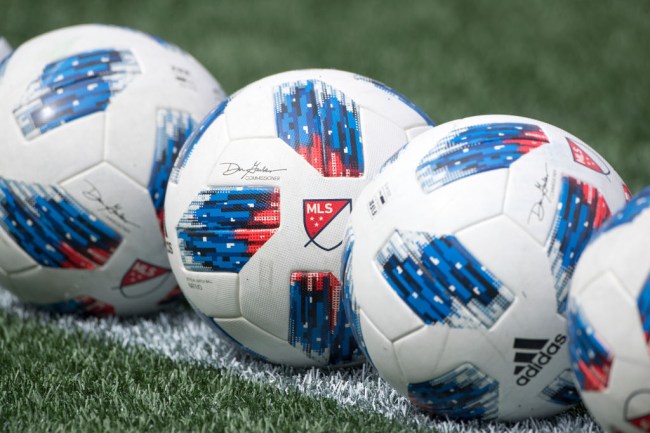 With the hilariously-titled “MLS is Back” tournament set to kick off TOMORROW, one of the league’s 26 teams, FC Dallas, has pulled out of the tournament completely due to a COVID-19 outbreak in their squad, as the latest round of testing found that 10 players and one coach were positive for the virus.

“As we continue to focus on the well-being of our players, coaches and staff who are in isolation in Orlando, we understand it is not in their best interests to compete at this time,” FC Dallas Head Coach Luchi Gonzalez said in a statement. “While we’re disappointed, the health and safety of our traveling delegation as well as our league partners is our highest priority.”

The news out of Dallas comes just as the Premier League announced that their latest round of coronavirus testing — which saw them test 1,973 people — resulted in zero positives. It’s truly a night-and-day scenario between the United States and Europe, as most major soccer leagues, even in Italy, have been up-and-running for a month now, while the United States still struggles with keeping the virus contained. FC Dallas may be the first professional American sports franchise to withdraw from the competition, but I can promise they won’t be the last.

If you needed further proof how incompetently our government has handled COVID: a whole ass MLS TEAM just pulled out of the restart.

Meanwhile, the entire Premier League, which has been back for a month, registered ZERO positives in its latest round of testing.@realDonaldTrump https://t.co/5Z3XoKX6Qf

Losing FC Dallas wasn’t the only major blow for MLS, as league MVP Carlos Vela also announced that he would be skipping the tournament.

The coming weeks are going to be make-or-break for American sports leagues as they attempt to resume play while cases of coronavirus continue to grow in various sections of the country, especially considering that both the NBA and MLS are hosting their restarts in Florida, the current COVID capital of the country.