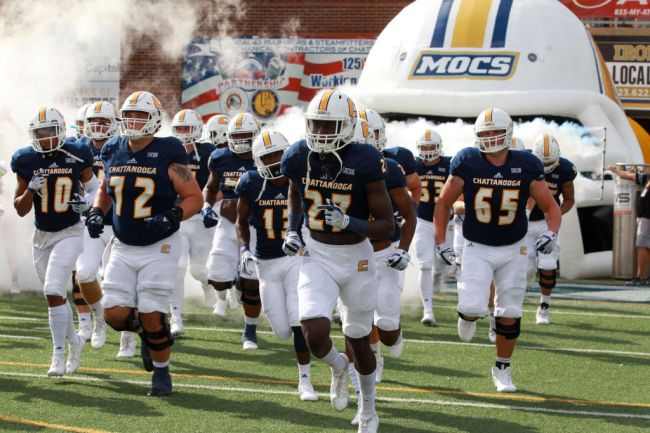 Did everyone enjoy the college football off-season? Did you accomplish everything you wanted to, finally get a chance to spend some quality time with your family on a Saturday? That’s too bad if you didn’t because the off-season is over, FCS football is here.

The FCS football season is typically in the Fall just like literally every other level of football, but while the FBS pushed through a Fall season, the FCS elected to sit out the Fall. Now, most teams in the FCS will take part in an eight-game season that will come to a conclusion via a 16-team playoff.

In normal times, the only time most of us even hear about FCS football teams is when they’re taking on some of the top teams in Division I getting throttled to receive a payday. We don’t pay attention to those games because they’re usually about as entertaining as watching paint dry, but this year’s Spring season will be a great opportunity for programs to get a lot more exposure to the entire country.

Technically, the FCS Spring season started on Feb. 13 when McNeese State knocked off Tarleton State 40-37 in double overtime. If that game was a preview of what the FCS will deliver this Spring, then we’re in for a wild ride.

Not every FCS program is suiting up this season. The Ivy League isn’t taking part this Spring along with around 20 other teams from various FCS conferences.

Here’s a look at the Top 10 teams in the FCS Preseason Coaches Poll:

The team that jumps out on this list is No. 1 North Dakota St., and rightly so. Not only did NDSU produce Carson Wentz, but the Bison have won 38 straight games dating back to November of 2017. NDSU has won eight of the last nine FCS title games and each of the last three. The Bison should extend that mark to four at the end of the season, they’re truly in a different stratosphere compared to other FCS programs.

James Madison, Northern Iowa, Jacksonville St., Montana, and Austin Peay are other teams to keep an eye on this Spring, but NDSU will hold onto the top spot in the rankings all season long barring something catastrophic happening.

Oh, there’s also Jackson State, a program run by Deion Sanders. The Tigers will be fun to watch based on Sanders alone, but he also managed to sign the highest-rated recruiting class in FCS history that took the hype to another level. JSU is a member of the Southwestern Athletic Conference, which decided to stop sending teams to the FCS playoffs after going 0-19. These teams are underfunded compared to larger FCS programs making it extremely difficult to truly compete for a national title.

Instead of going to the FCS playoffs, the winner of the SWAC takes on the champion of the Mid-Eastern Athletic Conference in the Celebration Bowl.