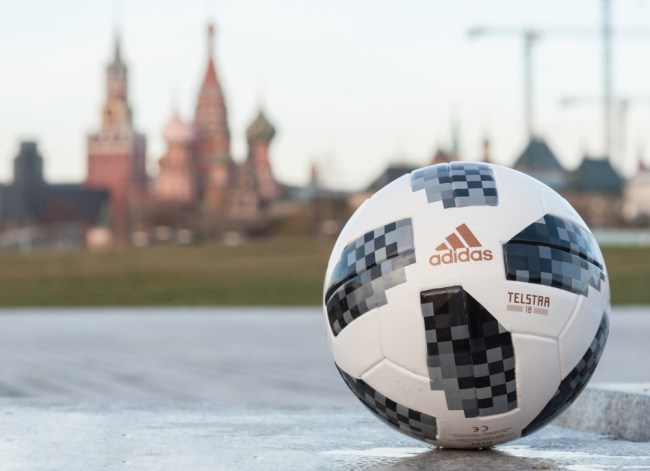 Soccer is the most popular sport in the world and it’s not even close. The Champions League is an absolute cash cow (2nd leg of the quarterfinal games are at 2:45pm EST today). The World Cup earns FIFA billions in revenue.

You’d think that with all of this money FIFA, soccer‘s ruling body, would be perfectly content. But everything’s not perfect in paradise. Ever since former FIFA President Sepp Blatter was taken down by the FBI and ousted from FIFA in 2015 (currently serving an 8-year ban) the new FIFA President Gianni Infantino has been searching for ways to raise revenue.

The New York Times is reporting that last month at a meeting of the top FIFA board members, President Gianni Infantino told the board that he’d received a $25 BILLION from a ‘mystery consortium’ investor group and the bid was for two tournaments. One of the tournaments would be an expanded version of the FIFA Club World Cup (it’s currently 7 teams from 6 leagues) and the second tournament was a proposed global league for national teams.

The FIFA board rejected the offer to move forward until they can learn more information about the proposed deals:

The council rejected Infantino’s request to push forward with the proposal, saying it needed more information. But the fact that Infantino would even entertain such a proposal illustrates global soccer’s current state of flux. The sport’s top clubs, its leading figureheads and deep-pocketed investors are dueling with one another to try to unearth new ways to capitalize on the world’s most popular sport.
Selling the competitions to a third party would also represent a major shift in FIFA’s business model, which relies on the sales of tickets, sponsorships and media rights for revenue. Under the proposal delivered to Infantino, the consortium would even decide where the new competitions are held. (via)

On the one hand, it seems odd that he wouldn’t have the requisite information to present to the FIFA board. If you’re going to present an offer for $25 billion why not come ready with basic details? It almost seems like this is posturing from a new President who wants to show the board that he can bring in unimaginable sums of money overnight if they’re willing to play ball.

You can read the full report over on the New York Times.