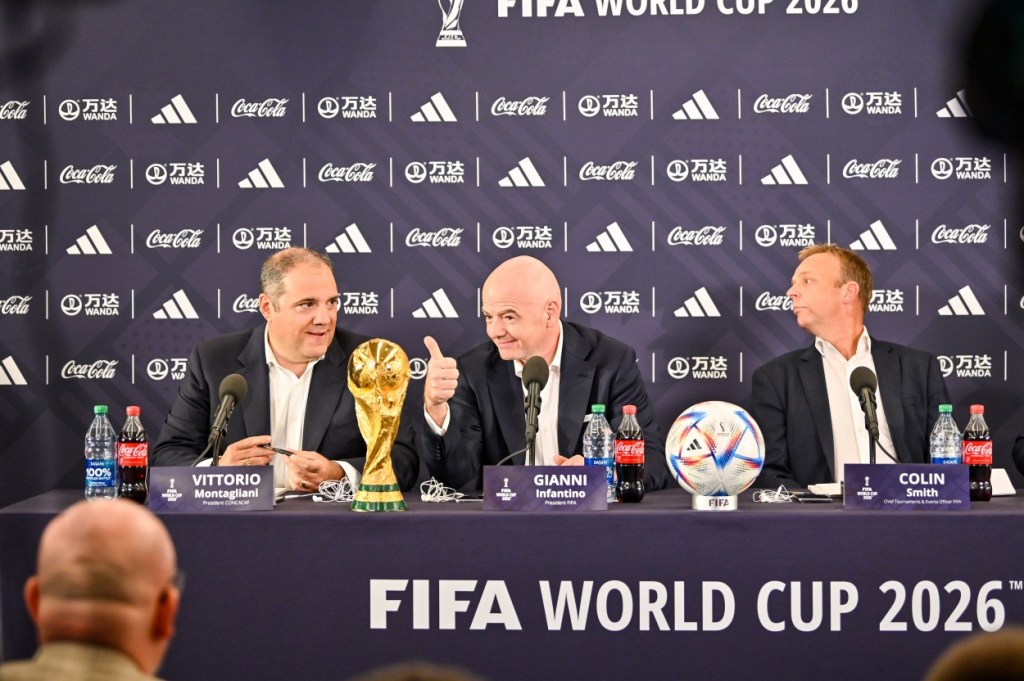 For as long as professional soccer has been trying to gain a foothold in the United States, people within the soccer community (at FIFA) have been making BOLD claims about its popularity. It seems like I’ve been hearing ‘soccer will overtake football in popularity in the USA’ for pretty much my entire life.

Compared to the average American, you could actually consider me a pretty massive fan. I make it to games in-person when I can, I watch them on TV, and force my friends and family to watch along with me. That’s doing more to grow the game of soccer around me than 95% of people in my life.

I’ve converted some friends into fans of The Beautiful Game and I still find FIFA President Gianni Infantino’s claim absolutely laughable. It would be funnier if the claim was new but as I said above, they’ve been parroting this for years.

FIFA President Gianni Infantino: “Let me share a secret with you two guys and everyone here… By 2026, soccer or ‘football’ will be the #1 sport in this part of the world. I sign for that.”

When the commentator said “we’ve got some friends called the NFL right around the corner that might have a say about that, but we’ll put up a good fight.” The FIFA President added “we’ll take care of them.”

Riiiiight. The NFL is currently the highest-earning sports league on the entire planet followed by MLB, NBA, and then the Premier League in England which is followed by the NHL. That means 4 of the 5 highest-earning leagues on the glob are in the United States and somehow the FIFA president is confident he’ll just slip past the NBA, MLB, and NFL in popularity. Riiiiight.

Yeah, not going to happen. Agree with you. Soccer isn’t even Top 4

It was closer to being true then than it is now

List of 2026 FIFA World Cup locations in the USA

The NFL is growing internationally and remains firmly #1 stateside. There’s zero chance of any sport leapfrogging the NFL in popularity in the United States in the next four years.

On the flip side, we are a fiercely patriotic country. Hosting FIFA’s 2026 World Cup will bring out tens of millions of Americans rooting for the UMSNT even if they’ve never watched a soccer game in their lives.