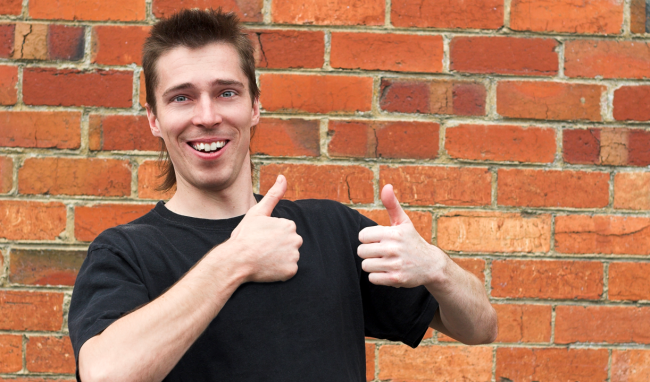 Big news in the world of hair today! The live competitions are done. The winners have been crowned. So now the USA Mullet Championships can proudly announce its top 25 finalists in the kids and teen division.

2022 was a big year for the USA Mullet Championships after partnering up with Major League Eating back in January.

“The mullet is more than a hairstyle – the mullet is a lifestyle,” said Major League Eating Chair George Shea. “We believe that the USA Mullet Championships is a cultural phenomenon that lies at the core of the American experience and we are excited to help showcase the platform to new fans and sponsors alike.”

Check out the 25 finalists in the 2022 USA Mullet Championships Kids Division.

Anyone who appreciates business in the front and a party in the back can vote for one of these lads over at MulletChamp.com. 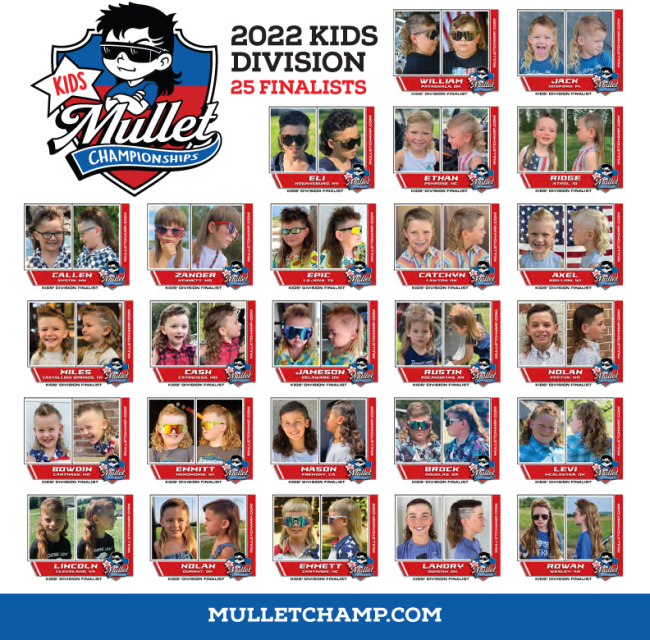 The USA Mullet Championships have got a surprise supporter this year

One entrant in particular, Emmitt Bailey of Menomonie, Wiscosin, already has the support of a rather famous name from his home state: Arizona Cardinals star J.J. Watt, thanks to a tweet from Daryl Morey, the president of basketball operations for the Philadelphia 76ers.

Has Brian Bosworth been reincarnated?

The Teen Division also announced their 25 finalists. You can vote for the one you like best here. 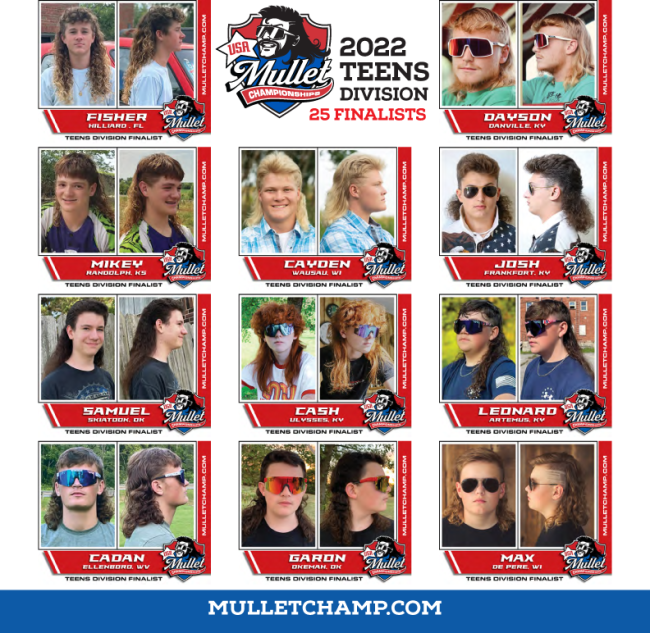 According to the competition’s website, “This business-in-the-front, party-in-the-back style has been around way before it was popularized by actors and rock stars in the 1980’s. According to some historians, the mullet has been around since at least Ancient Greece, where the style was as much for function as it was for fashion. Cropped hair around the face with longer locks in the back allowed for both visibility and a protective layer of hair for your neck.”

The more you know…

The Men’s and Women’s (Femullet) Divisions’ Finalists will be announced soon. Stay tuned.