For The First Time In History, There’s An ‘Official Hot Dog’ Of Baseball And It’s Not Ballpark 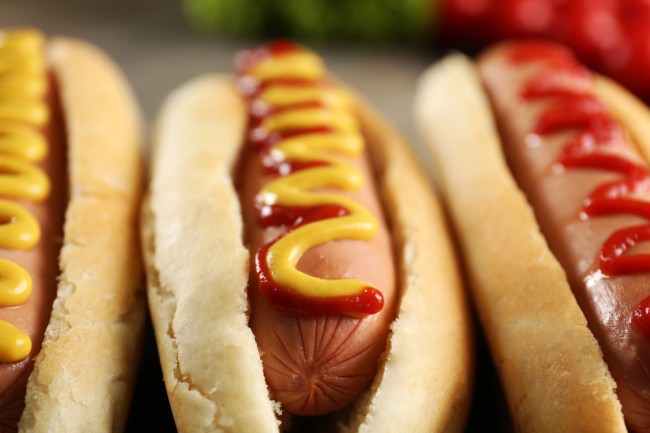 Firstly, I’m SHOCKED that in the 141 years Major League Baseball has existed there hasn’t been an ‘Official Hot Dog of the MLB’ until now. I get that most ballparks have regional deals, often with a local hot dog manufacturer, but it seems shocking to me that Ballpark Hot Dogs didn’t hop in there at some point and dangle a big pouch of gold in front of the MLB Commissioner’s face to secure the sponsorship rights.

As Nobel Laureate Robert Dylan once said “And if your breath to you is worth saving. Then you better start swimming or you’ll sink like a stone. For the times they are a-changing“, and for the first time in the 141 years of Major League Baseball, there is an official hot dog. A hot dog stand who got its start at a tiny stand on the Coney Island Boardwalk in Brooklyn, New York and has since gone on to host the most famous hot dog eating contest in the world. I’m talking, of course, about Nathan’s Famous Hot Dogs.

Bloomberg is reporting that Nathan’s Famous has inked a deal with MLB to become the first ‘Offical Hot Dog of Major League Baseball’. Unfortunately, the financials aren’t being disclosed because I’d LOVE to know what it cost them to secure this first-of-its-kind sponsorship. According to Bloomberg, individual teams and stadiums are still able to keep their deals with hot dog vendors outside of this sponsorship.

What this deal does is give Nathan’s Famous the rights to use MLB’s trademarks in its advertising. Nathan’s is already the official hot dog of multiple MLB teams (Mets, Yankees, Cardinals, etc), and teams who have deals with Vienna (Cubs and White Sox) will keep those partnerships and not be forced to commit to Nathan’s famous.

The Nathan’s Famous Hot Dog stand on Coney Island is, quite literally, hell on earth. It’s the single worst place I’ve ever been forced to visit and I’ve had the misfortune of going there a handful of times. It’s full of people who are sweating so hard you can’t tell where the back sweat ends and the swamp ass starts. And these fuckers have no sense of personal space. Imagine the worst theme park experience you’ve ever had and then multiply that by 1000. With that said, I’ve always loved Nathan’s hot dogs and I welcome this hot dog unification of baseball. 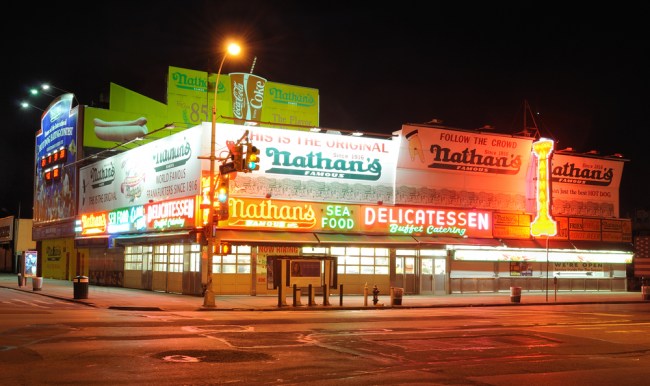