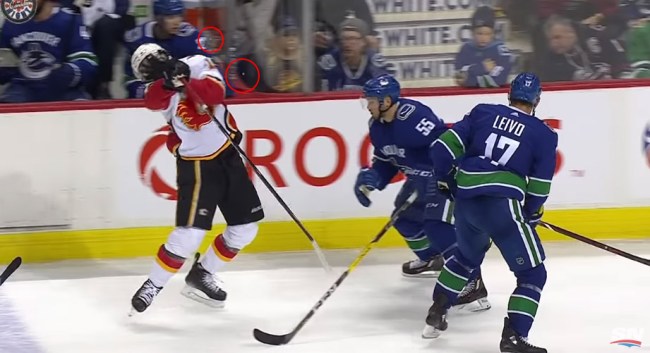 Calgary Flames forward James Neal took a stick to the mouth from Vancouver Canucks defenseman Alex Biega, sending several of his teeth flying, and because, hockey, he was back on the ice before Biega finished serving his four-minute penalty.

The stray stick to the mouth occurred during the third period with the game tied at three when Biega tried to swat a loose puck out of the air only to accidentally connect with Neal’s grill.

As officials picked his teeth up off the ice so they could resume play, Neal headed to the locker room to get cleaned up. 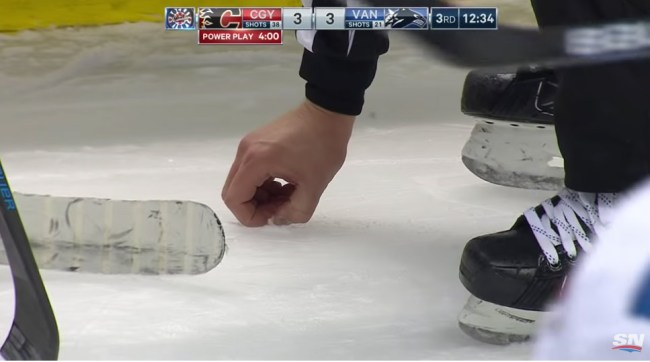 Broadcasters pointed out after the hit that the teeth that were scattered on the ice were probably fake (he took a puck to the face back in December – missing one whole game – and mentioned all of the dental works he’s had done), but he was definitely still bloodied up as a result of the crack to the mouth.

After the game, Flames head coach Bill Peters told the media, “That’s why there are dentists, right? I think for every tooth he lost, they got a minor.”

Unfortunately for Neal, the Flames ended up losing to the Canucks 4 to 3.