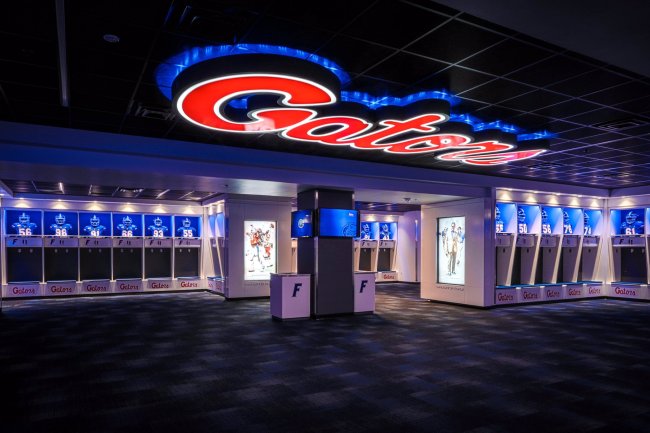 The Florida football program saw a surge in positive tests last week causing the SEC to postpone the Gators’ matchup with LSU this past Saturday to December 12. The increase in cases forced Florida to suspend all football activities and it was later announced that head coach Dan Mullen had tested positive as well.

When it comes to specific numbers, the football team has reported 25 new positive tests in the past week, according to the Tampa Bay Times. This means that as of Monday’s reported results, Florida is up to 31 player positives for the month of October. These new positive tests only involve players, they do not include coaches or any other staff members. According to the Times, the entire athletic department at Florida has had 32 positive cases this month and 144 since athletes returned to campus.

Two weeks ago, the Gators had only one positive in the 178 tests conducted in October prior to the outbreak.

Last week was significant when it comes to positive tests around the SEC. Alabama head coach Nick Saban tested positive on Wednesday before returning three consecutive positive tests ahead of the Crimson Tide’s game against Georgia. Ole Miss head coach Lane Kiffin also revealed that the Rebels are dealing with some positive tests as well.

Just before the Florida-LSU game was postponed last week, the Vanderbilt-Missouri game became the first SEC contest to be postponed this season due to a number of positive tests in the Vandy program.

After not playing last week, the Gators are off again this weekend with their next scheduled matchup set for Halloween with Missouri coming to town.

There have been no reports of any players or coaches testing positive and being admitted to the hospital.