After Collapsing On Court, Florida’s Keyontae Johnson Is In A Medically Induced Coma According To His Grandfather (Updated) 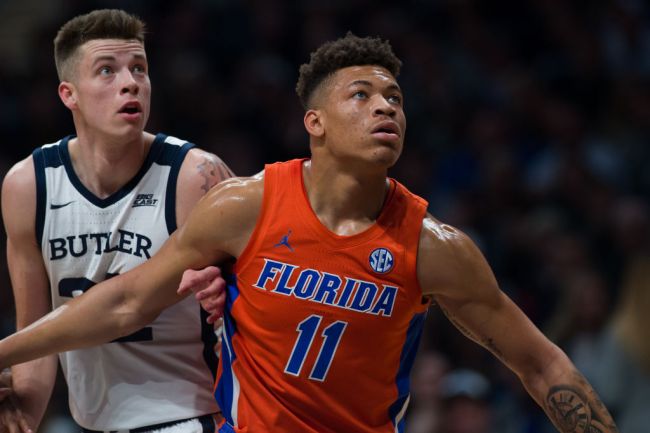 Florida forward Keyontae Johnson, the SEC’s preseason player of the year, collapsed during the Gators’ game against Florida State on Saturday and his grandfather has told USA Today that he is now in a medically induced coma.

Johnson’s grandfather, Larry DeJarnett, explained that his grandson was transported to Gainesville, FL on Monday after initial treatment in Tallahassee and that doctors were hoping to bring Johnson out of the coma on Monday afternoon.

Johnson collapsed coming out of a timeout in the first half of the game and was taken off the floor on a stretcher. Moments before the timeout he had dunked in transition.

According to the Associated Press, Johnson tested positive for COVID-19 sometime this summer, but at this time it is unknown whether or not his collapse is related to the virus.

Like many of his Florida teammates, Johnson tested positive for COVID-19 during the summer. Although the cause of Johnson’s ailment was not immediately known, the coronavirus can lead to myocarditis, a viral infection of the heart muscle. At its most severe, myocarditis can lead to sudden cardiac arrest and has been a documented cause of death for young, otherwise healthy athletes.

The USA Today report included a quote from Johnson’s grandfather explaining that he didn’t know whether Johnson ever tested positive for the virus.

The SEC has strict protocols regarding the virus and does do rigorous heart testing before players can be cleared to play.

The game between the Gators and Seminoles did continue after both teams were given time to regroup. According to AP, Florida State head coach Leonard Hamilton said administrators twice gave the Gators the option of stopping or continuing the game — at that time and again at halftime — and said they ultimately decided to play the game as the players made the call to do so. The Seminoles won the game 83-71.

UPDATE: Shortly after the AP and USA Today reports, ESPN reported that Johnson “remains in critical but stable condition and is “following simple commands,” according to a statement Monday from the school.