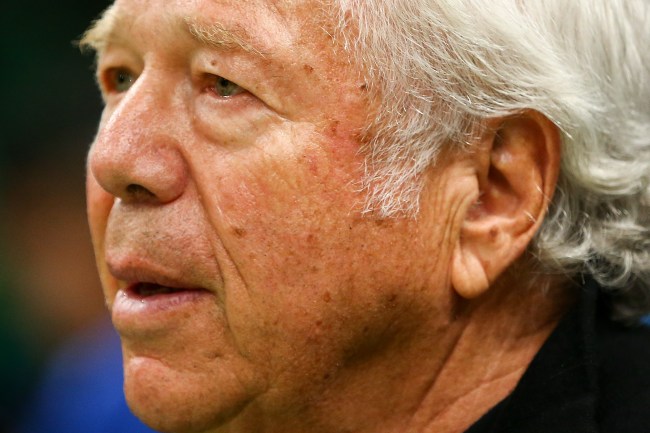 The Robert Kraft sex tape is coming whether you like it or not.

After weeks of litigation, Florida prosecutors said they are going to release the graphic Kraft tapes to the public before a judge decides whether it should be kept under seal.

Via The Boston Globe

Florida prosecutors said Wednesday they would release police surveillance videos of New England Patriots owner Robert Kraft and 24 other men allegedly paying for sex — through the cases of two women accused of owning and managing the alleged house of prostitution the men visited.

Palm Beach County State Attorney Dave Aronberg’s office said in court papers it is obligated under Florida law to provide the video to the public and the media now and cannot wait for a judge to decide whether it should be kept under seal while Lei Wang is prosecuted as the alleged manager of the Orchids of Asia Spa in Jupiter, Fla.

Wang allegedly managed the spa, and Hua Zhang has been identified by authorities as the owner of the spa. Both women have pleaded not guilty to numerous charges, including maintaining a house of prostitution.

Last month Kraft apologized for his actions in the prostitution scandal.

Prosecutors just admitted at a hearing about the Robert Kraft video they will not charge anyone at Orchids of Asia with human trafficking. Prosecutor: "we have no evidence that there's human trafficking involved."

The Internet really does not want to watch the Robert Kraft tape.

I took a video poll…
Q: "Do you want to see the Kraft handy video?"
The responses: pic.twitter.com/DCnS6wYX7B

Robert Kraft sex tape at the massage parlor will be made public. Will it be better than @KimKardashian sex tape? My money says yes. #comedy #RobertKraft #NFL

2019: The year that “Robert Kraft Sex Tape” not only became a thing, but it was released by the government. https://t.co/pmGwP0qBCS

If anyone tweets the Robert Kraft sex tape they’ll be blocked from my timeline forever. https://t.co/32YbQcwdGZ