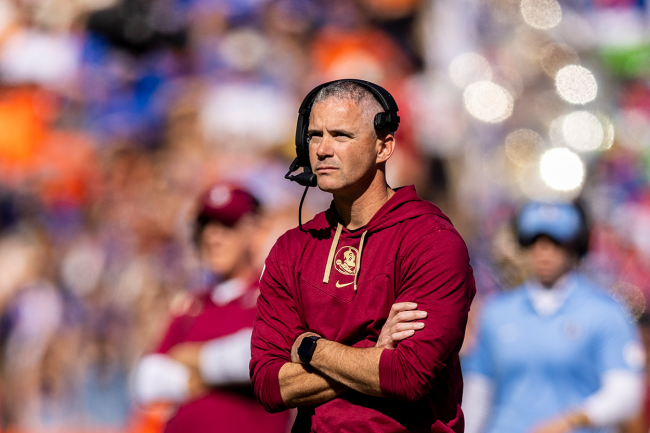 Lamont Green Jr. is a four-star defensive end recruit from Miami in the Class of 2023 who is verbally committed to Florida State. However, he has not received an official offer letter.

Green has received the letter, but it appeared to include a massive, glaring, extremely embarrassing typo across the top. In a since-deleted tweet, his father posted an image of the offer letter that had the word “OFFICIAL” spelled as “OFFCIAL.”

It was completely missing the first “I.” Like, it just wasn’t there.

Take a look at the image that has made its way across the internet and was supposedly tweeted by Lamont Green Jr.’s father, Lamont Green Sr. It has Green Jr.’s name on the left side and it features the Class of 23 seal on the right side. From there, the letter goes on to officially offer Green Jr. his scholarship to Florida State University.

However, across the top, is the glaring typo and missing letter. 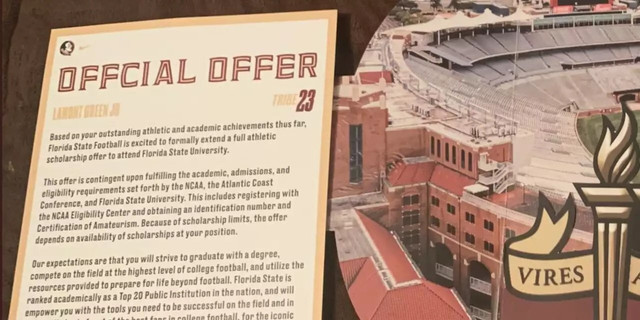 Assuming that this tweet was not doctored in anyway, which it does not appear to be, this is a truly brutal look for Florida State. This is something that would have happened during the Willie Taggert era, but the Mike Norvell era is supposed to be different and less embarrassing. This does not help to progress that narrative.

It is unfortunate for the Green family, because Sr. was just trying to celebrate his son’s success, and now they are caught in the middle of this. But the Seminoles never should have put them in this spot to begin with. It’s a pretty easy mistake to catch and one that should have been caught.