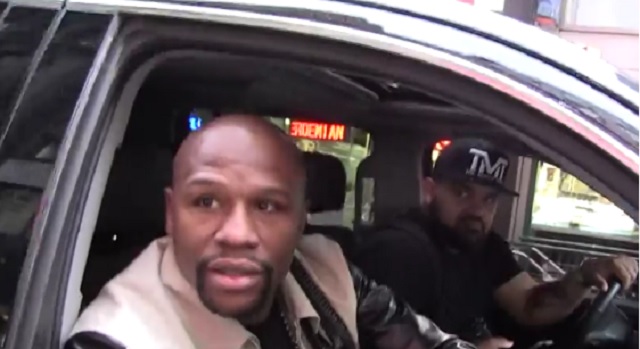 Floyd Mayweather and Conor McGregor have been talking back and forth about getting in the ring and fighting each other for the past week or so.

Earlier this week, Mayweather went on First Take and said he would only fight the McGregor for $100 million plus guaranteed while offering Conor only $15 million plus a percentage of the pay per view earning.

Today, UFC president Dana White, who has McGregor under contract at the UFC, presented Mayweather with a rather surprising counter offer.

RT if you want to see the fight happen pic.twitter.com/rwm7hV9pd0

Floyd was eventually tracked down by TMZ and was told about Dana’s offer. Floyd seemed pretty insulted.

It’s interesting to see Dana publicly insert himself into the negotiations but he definitely has to do better than $25 million.