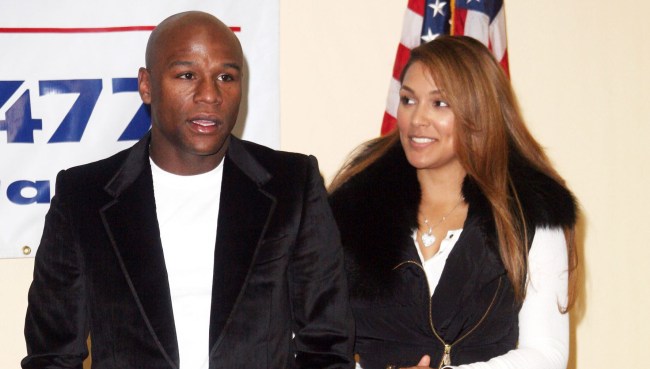 The last time we filed a report on the ongoing saga between Floyd Mayweather and his ex-fiancee Shantel Jackson was way, WAY back in 2014 when Mayweather made a horrifically poor taste post on Facebook accusing Jackson of having an abortion.

She ended up suing Mayweather for, among other things, assault, battery, defamation, and invasion of privacy.

Fast forward five years and this bitter feud is still not settled.

Recently, Mayweather counter-sued Jackson, claiming Jackson stole large sums of cash from him, used his credit cards without permission, and recorded him without his consent.

In February of this year, a judge finally ruled that that both cases will go to trial.

As a result, we have new court documents filed by Jackson and obtained by The Blast, which claim Mayweather stole millions of dollars worth of property from her, including clothes, shoes and handbags, following their breakup.

According to Yahoo! Finance…

In her suit, Jackson explains she broke up with Mayweather originally in 2013 and moved out of his Nevada home to Los Angeles. She put the majority of her stuff in a storage unit but then Mayweather persuaded her to move back to Las Vegas and resume their relationship.

She believes Mayweather directed someone to steal large quantities of her property and only realized it months later. Jackson claims that Mayweather even admitted to having the items taken and then promised to return only if she followed his wishes.

Both sides have denied all of the allegations against them.