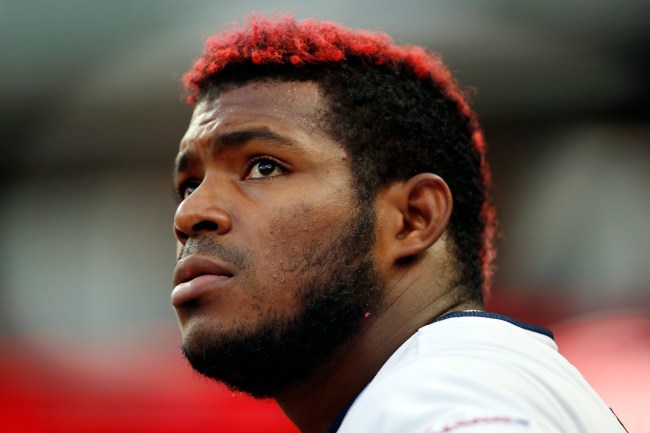 Former MLB outfielder Yasiel Puig has issued a response after being accused of sexually assaulting a woman at a Lakers game back in 2018.

In a statement released to the media, Puig claims he has texts and DMs to disprove what he says are “totally false” allegations made against him.

“I am speaking out now to defend my name against false and malicious allegations by a woman who claims I assaulted her in 2018,” “Let me be clear and set the record straight once and for all: These allegations are totally false, the evidence proves they are false, and I look forward to all the facts and the truth coming out.”

According to Puig, he had consensual sex with the woman he claims propositioned him after they met at a Lakers game. Puig goes on to say they never saw each other again because she didn’t want her fiancé to find out about their relationship.

The fact is that I had consensual sex with a woman I met at a Lakers game after she propositioned me,” “Afterward, we talked about going out together, but she said she did not want her fiancé to find out. We messaged each other afterward and planned to get together again, but we never did. She’s now suing me based on completely made up allegations.”

The woman, who is currently suing the former MLB star, is accusing Puig of sexual battery, assault, intentional infliction of emotional distress, negligence, and false imprisonment.

According to the lawsuit, the woman says Puig followed her into a bathroom at a Lakers game in 2018, pinned her arm, tried to rip her clothes off, masturbated, and eventually ejaculated.

The woman did not file a police report and Puig has not been charged with a crime.

Here’s the full statement from Puig. 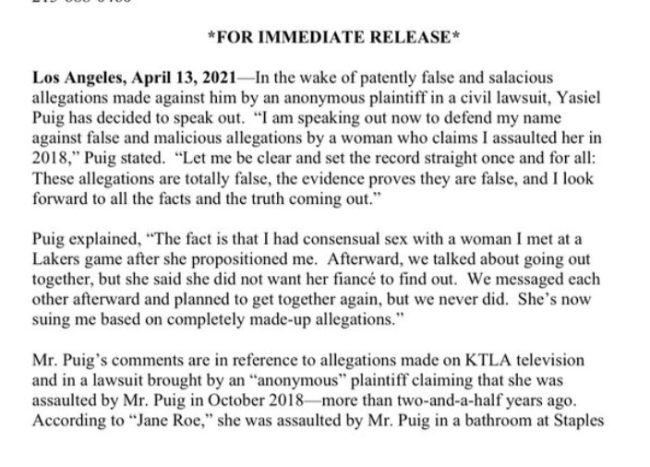 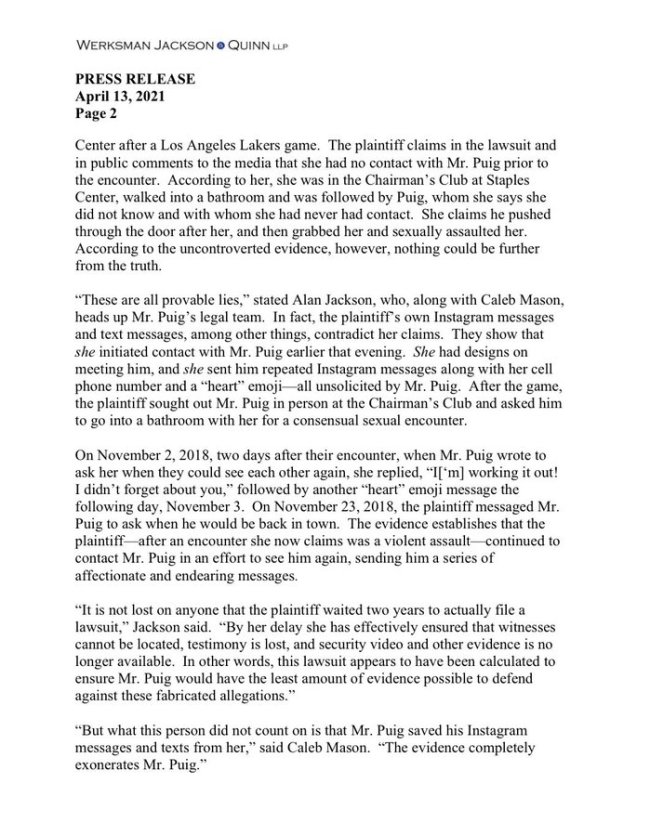 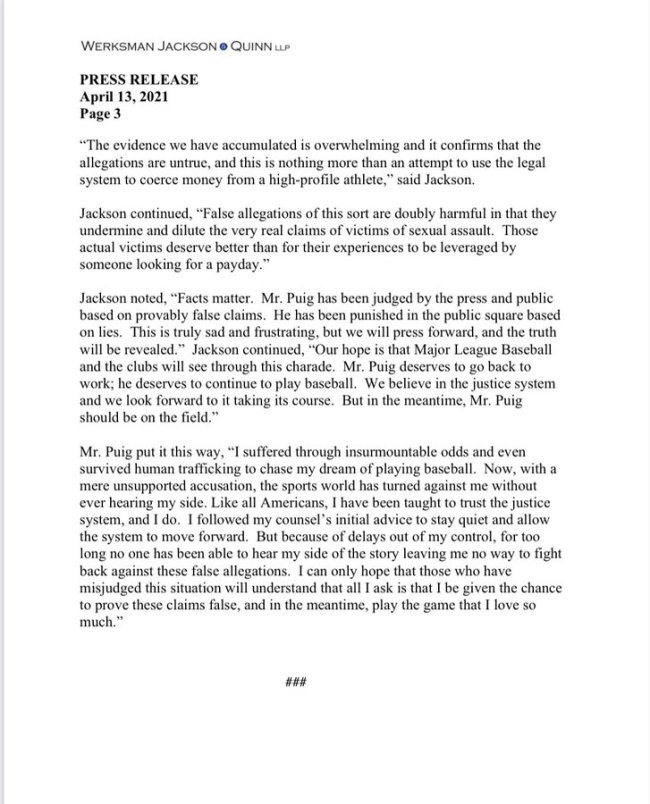