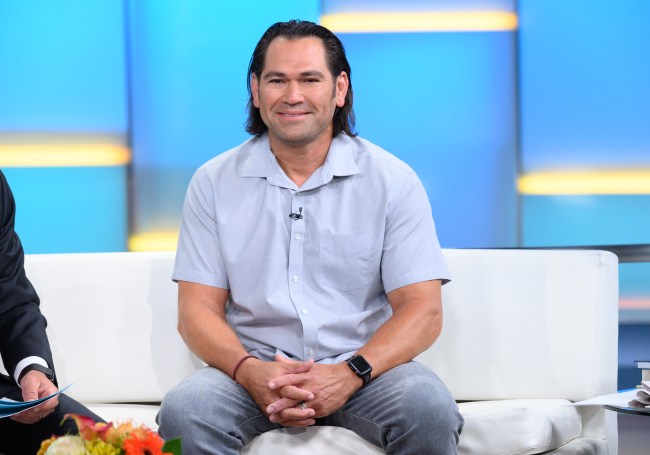 Damon, who played for the Boston Red Sox and NY Yankees during his MLB career, was pulled over by the Windermere Police Dept. near Orlando on Friday morning.

In the police report, cops say Damon was pulled over at around 1:23 AM after officers observed his SUV swerving all over the road.

During the stop, cops say Damon was slurring his speech and unsteady on his feet — and ultimately admitted to drinking alcohol earlier in the evening.

In fact, when asked if he had consumed alcohol, cops say Damon replied “just a little bit” while “motioning with his left hand and fingers in a small pinching motion.”

Damon’s wife was also arrested during the stop after she reportedly got out of the car and shoved an officer.

The affidavit said Mangan-Damon, 45, then ‘disobeyed’ the officer’s ‘commands to stay in the vehicle, stepping out and stating that she didn’t need to listen’ to him.

‘I attempted to pull Michelle toward me so that I could put her against the vehicle and then order Johnny back to the front of my car,’ the office wrote.

‘However, Michelle then proceeded to turn toward me and grab onto my left arm while simultaneously pulling away from me and pushing me,’ the report continued. ‘As she was doing this, Johnny was also intertwined among Michelle and I, which resulted in Michelle breaking away from me and she began to walk away.’

A second officer arrived and successfully handcuffed Mangan-Damon as the first officer struggled to do the same with her husband, who was allegedly ‘tensing his left arm and moving it away toward his waist’ to prevent his arrest.

Damon allegedly told police he is a ‘good f***ing guy.’

Damon he and his wife would later tell police they were partying at A rich guy’s house before the arrest.

Cops asked Johnny where he was partying before the incident … to which they say he replied, “London House,” which Johnny described as “it’s a guy who had a lot of money … we’re just having a good time there.”