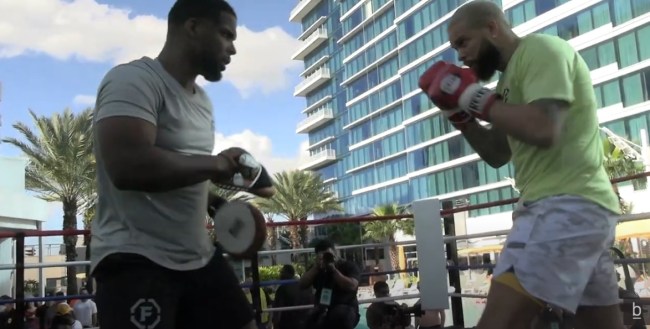 Williams will be facing off against former NFL running back Frank Gore on the Jake Paul-Tyron Woodley 2 undercard this Saturday.

Despite the fact that many retired athletes are pursuing careers in boxing, Williams says it’s just something that he wants to check off his bucket list and doesn’t plan on making it a permanent career.

Williams insisted that even if things went well for him in the boxing ring on December 18th, he doesn’t want to pursue another career that will force him to spend time away from his family.

“I’m 37… I retired so I can spend more time with my kids not take up a second career that’s going to take away from my kids.”