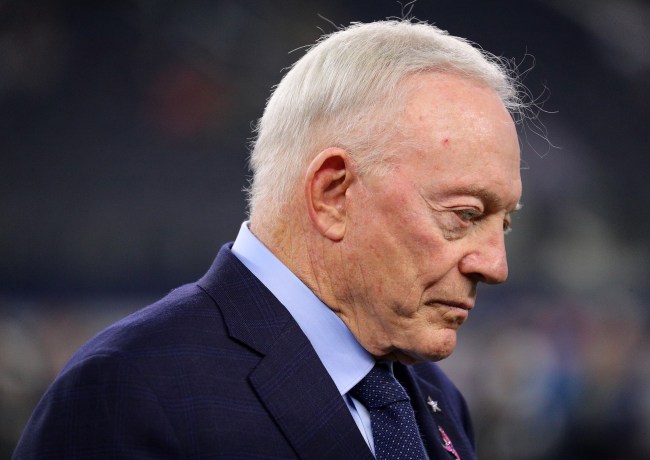 It is with great sadness that I announce that the world will no longer be afforded the opportunity to relish in the typhoid-infested diaper that was the 2019 Dallas Cowboys.

Leave it to the Cowboys to give their best performance of the season in a 47-16 win over the Redskins Sunday, only for the Eagles to urinate on it with the force necessary to eliminate a pesky poop stain.

It makes me sad. Watching Jerry Jones become publicly unhinged by this team and Jason Garrett just enthusiastically clap through it all has been one of the better NFL spectacles since Chris Foerster snorted enough alligator tails to sedate his entire offensive line.

The sadists at Fox News were licking their chops to capture the Cowboys’ unceremonious dying breath–played next to a McDonald’s commercial on a TV above the suite shitter.

Jerry Jones watching the Eagles’ last TD to put Philly up 10 in the fourth quarter pic.twitter.com/53mI5xbQzZ

“God grant me the serenity
to accept the things I cannot change;
courage to change the things I can;
and the ability to make sure Jason Garrett never gets another job in this league.”

Hours after the #DallasCowboys win over the Redskins, Jason Garrett took to the field at AT&T Stadium for possibly the last time as head coach to throw around the football with his family and friends.

I love this dude. He’s easy to make fun of. But I respect a man with the integrity to huck a football around his soon-to-be old office looking like the Cowboys made him rich enough to never have to polish Jerry’s snakeskins again.

This feels like it will be a healthy breakup for both Jerry and Jason. Jason is going to blossom in 2020: Crush some Château d’Yquem Bordeaux Sauternes 2001s, c love his wife, and try out a goatee thing for a while and feel super insecure about how people are receiving it and then shave it at the very mention of someone saying that it looks like he goes to tee ball games with no son on the team.