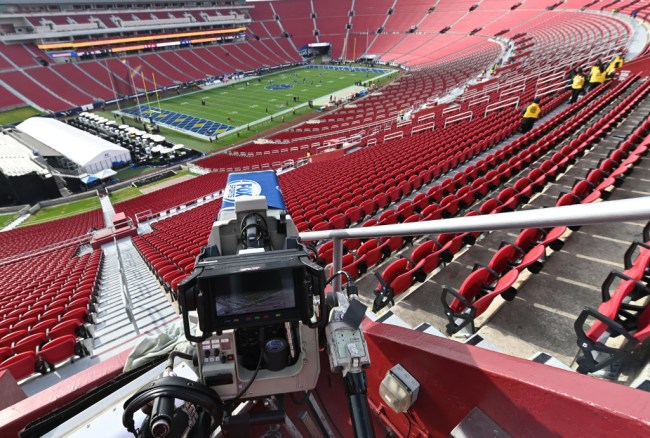 There’s a good possibility that if there is a football season this fall there probably won’t be fans in attendance.

According to football announcer Joe Buck, Fox is planning to use fake crowd noise and will put in virtual fans to make broadcasts less awkward for the viewers at home if fans aren’t allowed to attend games this season.

The Internet had mixed reactions to the idea of having virtual crowds for games.

This is gonna be weird and unless they manage to trick the players into hearing that pumped in noise and seeing that fake crowd, they won't get energy from it. https://t.co/d7nPy1b6E2

Have zero problem with fake crowd noise being pumped in for #NFL games this fall if no fans allowed. If you have a problem with it, you prob think many of those canned laughs for sitcoms were the real thing . #notabigdeal

I don’t mind the crowd noise, I think we will miss that. But fake crowds, feels like a step too far. I will be watching the fake crowd more than the game. #donttry https://t.co/LHzBK7KqCX

Fake crowd noise on @NFLonFOX for @nfl??? Why not have option with an audio team strictly doing live play by play and analysis for gambling focus? @MitchMossRadio @paulyhoward and many others would be 🧨