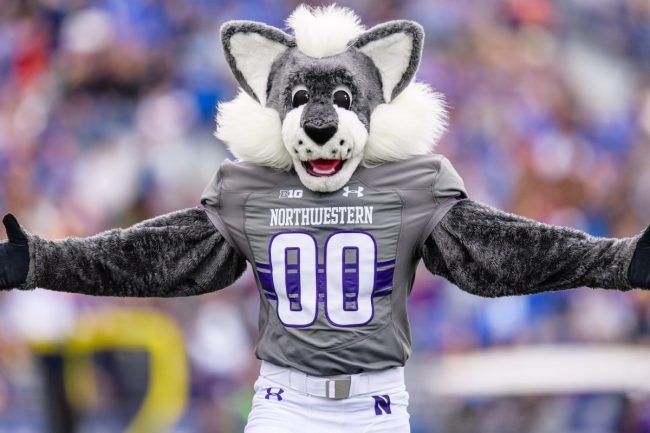 FOX made a major mishap while promoting a season-opening matchup between the Nebraska Cornhuskers and Northwestern Wildcats. There was a mascot mix up when posting a story about the upcoming contest on social media.

The Wildcats are hoping to avenge a 56-7 loss to the Cornhuskers from last season in a campaign where both teams finished 3-9. While it’s far from a heavyweight bout, there are reasons why this mistake shouldn’t have happened.

The league recently renewed a media rights deal with the Big Ten that, along with its CBS and NBC partnerships, will pay around $1 billion per year. So, you’d think they’d be sure to know the backgrounds of each conference member’s school when promoting an upcoming contest.

Especially when it’s the only Big Ten conference game of Week 0 and is being played overseas in Ireland.

But, if you assumed that, you’d be wrong.

FOX Sports tried to post a graphic showing the mascots of both Nebraska and Northwestern as they prepare for Saturday’s epic matchup in Dublin. Rather than show Northwestern’s wildcat mascot, though, they posted Kansas State’s.

Fans ripped into the site as the graphic circulated online.

Fans and media were quick to point out the mix up on Twitter. They gave their responses upon seeing the Kansas State mascot in place of Northwestern’s.

It's Nebraska vs Northwestern with a special appearance by the Kansas State Mascot for some reason in Ireland on @FoxSports!!! pic.twitter.com/aIOLCZ89Fe

Hopefully, things will go a bit more smoothly in their upcoming broadcasts of Big Ten contests.