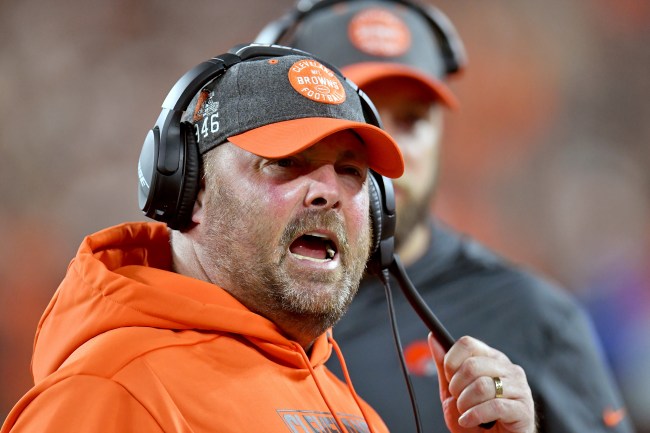 “Bad call. It just didn’t work. We were trying to win the game. We were on their side of the field. Bad call.”

At the very least, Freddie Kitchens was aware that calling a draw play while down by 4 with nine minutes left in the game at the Rams’ 40-yard line was a terrible, no good, very bad decision.

this was Freddie Kitchens' 4th-and-9 play.

it was not very good pic.twitter.com/jzm3vbfeGr

Surprising to no one, the play did not work and the Browns turned it over on downs, contributing greatly to their eventual 20-13 loss.

To add insult to injury, during the waning seconds of the game, the Browns had possession inside the Rams 5-yard line with all three timeouts available. The first year head coach did not call one single run play.

“If you’re looking to blame somebody, blame me. Don’t blame our players.”

Welp Freddie, you don’t have to tell the internet twice.

Us: “How can the NFL coaching get any worse today?”

Odell Beckham didn’t have a single target on the #Browns’ final drive. That is inexplicable, Freddie Kitchens.

Freddie Kitchens just ran a draw on fourth and nine near midfield in a four point game. Bro

Freddie Kitchens is clearly shitfaced. So am I.

With the loss, the Browns fell to 1-2 and will have their hands full on the road next week against a very capable Ravens team.