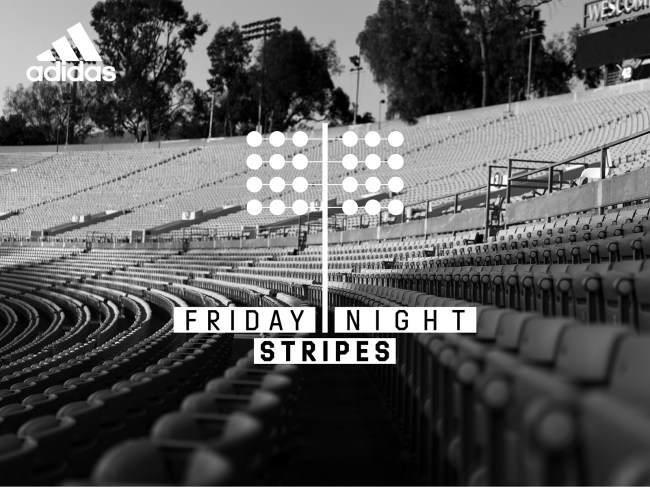 Earlier this week, Adidas and Twitter announced the ‘Friday Night Stripes’ partnership that will showcase some of the nation’s top H.S. football talent by livestreaming those games on Twitter this Fall.

The games will kick off in just a few weeks, with the first ‘Friday Night Stripes’ game streaming on September 9th (22 days from now). That matchup will feature Cedar Grove (Ellenwood, GA) vs. McEachern (Powder Springs, GA). McEachern is an absolute POWERHOUSE in the state of Georgia. Its alumni include four former players who went on to the NFL and nine former All-Americans.

The ‘Friday Night Stripes’ series will livestream 8 games in total on Twitter (find me on Twitter at @casspa) beginning in September and running through November and they’ve enlisted some heavy hitters in the sports media world to help pull this off.

YouTube personality Scooter Magruder who popularized ‘Stuff Fans Say’ videos a few years back will be a sideline reporter. Super Bowl XLV Champion A.J. Hawk will provide analysis. And the play-by-play coverage will be handled by ESPN and SEC Network’s announcer Courtney Lyle. 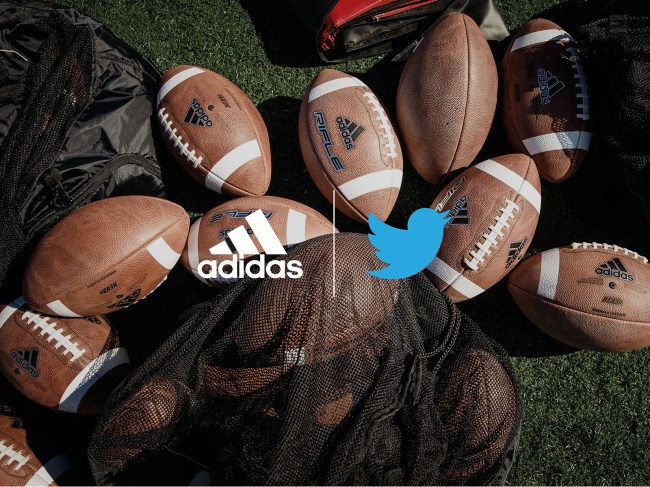 Jeff McGillis, VP of U.S. Sports for Adidas, said “Friday Night Stripes provides a unique digital stage for the next generation of football players to showcase their skills and an opportunity for Adidas to build and share football culture across the globe.”

Some key matchup games include:

Adidas announced the ‘Friday Night Stripes’ partnership earlier this week in a press release which you can read in full by following that link.

If it wasn’t already obvious to you, the name pays homage to H.S. football games being played underneath the Friday Night Lights, and the Three Stripes of Adidas’ iconic logo.

Fans will be able to stream the games on @adidasfballus, both logged in and logged out of Twitter, and it’ll be accessible via smartphone, tablet, and desktop.

The livestreams will be accompanied with a real-time Twitter feed where fans can interact, trash talk, and cheer for their teams while watching the game.