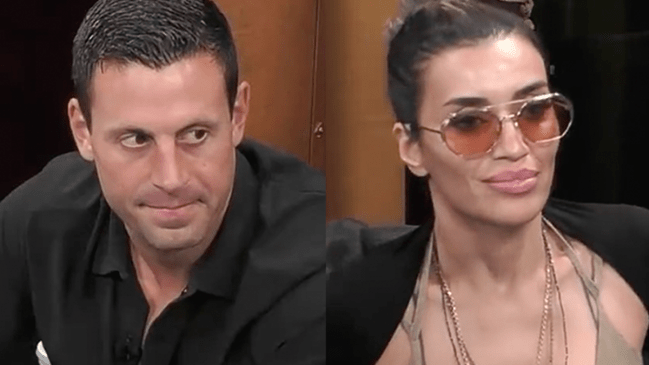 Over the past few weeks, the chess world has seen itself at the center of an absolutely fascinating scandal concerning cheating allegations that have been levied against Hans Nieman by Magnus Carlsen and other members of the community who’ve accused the former of resorting to unscrupulous tactics to beat the top-ranked Norwegian grandmaster in a tournament (which some people have speculated involved the use of a vibrating toy).

The saga continues to unfold, and now, we’ve been treated to a similarly explosive scandal courtesy of what unfolded at a recent high-stakes all-cash game that has the community absolutely buzzing thanks to a hand between two pros that took place during an event on Thursday night.

The hand in question was dealt during a game that was streamed in real-time by Hustler Casino Live, which shared a video of what went down following the fairly bizarre series of events we were treated to during a one-on-one showdown between Garrett Adelstein and Robbi Jade Lew in a high-stakes all-cash game.

Adelstein had the 8-7 of clubs as his hole cards and had the advantage over Lew (who was dealt the jack of spades and the four hearts) after finding himself on the receiving end of a straight flush draw following a 10H-9C-9C flop. The odds were reduced to a borderline coin flop after the three of hearts came up on the turn, and things took a very interesting turn after Law called an Adelstein raise that put her all-in to the tune of $129,000 despite having nothing but jack high.

The unique rules of this particular game led to the river being “run twice,” but Law managed to walk away with the best hand both times with the help of the nine of diamonds and the ace of spades—despite arguably having absolutely no business still being in the hand in the first place based on the community cards that were showing when she shoved all of her chips into the pot.

It was clear Adelstein was not pleased after seeing the cards that had beaten him in a hand that cost him $269,000 even though he theoretically played it about well as he could, and it didn’t take long for things to go off the rails once the players left the table.

A few hours later, Adelstein posted a lengthy breakdown of the situation on Twitter after getting a chance to look at the tape.

He strongly suggested Lew had gotten some help from a third party, who he implied had either figured out how to hack into the cameras in the table that allows viewers to see which cards the players have or simply watched the livestream and  signaled her using some sort of “device that simply vibrates.”

He also noted Lew voluntarily agreed to give him back the money she’d won in the hand in an attempt to defuse the situation, which understandably aroused his suspicions (as well as many other people in the poker community who seem to think something was amiss).

My thoughts on the hand in question from today’s livestream, screenshots 1-4 (of 6) pic.twitter.com/gWQOI6sg4o

My thoughts on the hand in question from today’s livestream, screenshots 5-6 pic.twitter.com/Hb1Kh6xuFd

However, his account of what unfolded when he approached Lew differed slightly from hers.

Adelstein’s opponent didn’t stay silent after the hand, as Lew alleged he “cornered and threatened” her after the game while proclaiming her innocence and promising she’ll be sharing more details in the near future.

I read the man and make a hero call after he shoves on a turned brick card. Get over it.

I’ll say it again like I’ve said it before: “I’m not playing nice in the sandbox anymore.”

Or don’t. #IDGAF
I’ve already moved on. I’ll make it back either way.

Garrett blocked me. Guilty as charged. What an honest man. He cornered me & threatened me. If he has the audacity to give me the death stare ON camera, picture what it’s like OFF camera. I was pulled out of the game & forced to speak to him in a dark hallway. Full details to come

Hustler Casino Live has also issued a statement to announce is “in the process of hiring a law first to conduct a comprehensive investigation,” adding:

“High Stakes Poker Productions is in the process of retaining experts to conduct a thorough and independent investigation of the hand involving Garrett and Robbi.

While we have always had confidence in the security of our technology and the integrity of our staff, we take the allegations very seriously and understand anything is possible.”

If you haven’t already started chowing down on popcorn, you’ll probably want to make a bunch of it based on the drama that seems poised to continue to unfold.