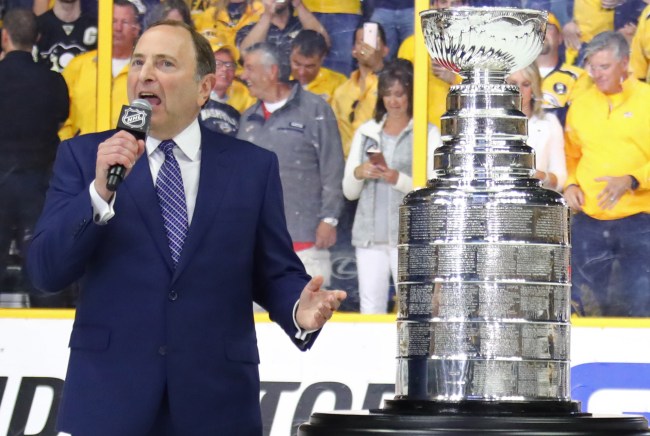 History is filled with examples of impressively bitter feuds between rival parties, and in almost every case, both of them will adamantly maintain that the entire thing could’ve been avoided if the other side hadn’t done whatever was supposedly responsible for sparking the dispute in the first place. It’s kind of like a couple of kids on the playground playing a classic game of You Started It! No, You Started It! except those arguments don’t typically lead to an incredible amount of bloodshed that can span generations.

Anyone who says “Violence doesn’t solve anything” should probably look up something called “World War II” but the reason these particular conflicts can last for as long as they do is because every act of retribution only causes the hatred to grow even more. This cycle of retaliation is essentially a murderous game of ping pong where the paddle gets swung harder with every exchange and neither player refuses to give an inch.

Some of these feuds can reach a point where the people who started them aren’t even alive anymore and whatever the catalyst allegedly was becomes virtually forgotten. Sure, the other bloodshed it eventually spawned can still be used for justification, but after a certain amount of time, the people who view each other as enemies really only hate each other because that’s what they were taught to do and it’s all they’ve ever really known.

Now, to my knowledge, an angry sports fan has never murdered a commissioner and I don’t recall the head of any league killing a spectator in cold blood but I’ve always been fascinated by this particular relationship. Of course, the hatred runs a bit deeper on one side but I’ve still always looked at it as a feud because of just how much people seem to despise anyone who oversees a sport they care about.

You can find something to hate about every commissioner (or, in the case of Rob Manfred, literally only things to hate). However, when I was growing up, I didn’t really know a single thing about their administrative record but there was one thing I was very sure of: they sucked and needed to be booed at every single opportunity.

Again, they all have their flaws but I feel like fans have been conditioned to voice their displeasure whenever the opportunity presents itself because it’s just one of those things that you’re supposed to do. When you combine that with the oddly satisfying feeling that comes with booing someone you’ve convinced yourself deserves it, it’s become a tradition regardless of how warranted it might be.

When Roger Goodell announced he’d be announcing picks at the NFL Draft from the comfort of his basement earlier this year, you couldn’t help but think he was thrilled to get a very welcome break from the thunderous shows of displeasure he’s normally greeted with when he takes to the stage. However, he ultimately showed a great sense of humor to (sort of) give the people what they want.

Hockey fans have plenty of reasons to take a verbal dump on Gary Bettman whenever they get the chance—including the three lockouts and atrocious television deals he’s helped make possible during his tenure—and they relish the opportunity to do so whenever he takes to the ice to present the Stanley Cup at the end of the season.

With the NHL finishing its year in Bubble Mode, Bettman will also be spared the traditional wrath, but according to Greg Wyshynsk, the NHL has begun to amass recordings of booing fans and may compile a nice little gift for the commissioner when he hands off Lord Stanley’s hardware this year.

I refuse to acknowledge this is actually funny because I won’t give Bettman that satisfaction. I will, however, admit that it’s not not funny. That’s all I have to say about that.