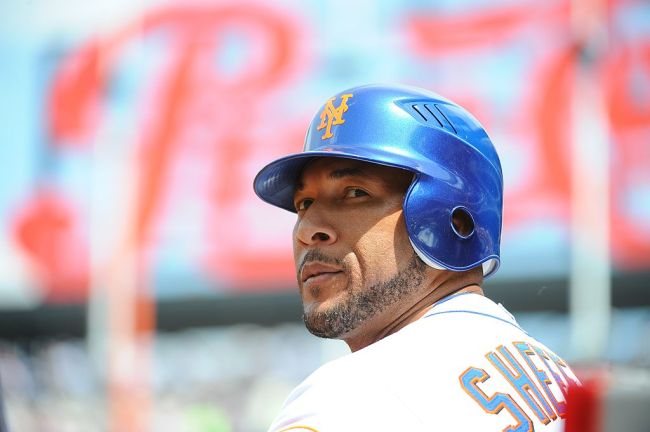 Gary Sheffield had a fantastic career having been named a nine-time All-Star and winning a World Series with the Marlins in 1997. He was also one of the most well-known players of his era with his unique bat-waggle at the plate and outspoken personality. You’d think he’d still be a fan of the game that gave him so much, but that’s far from the case.

During a recent appearance on CBS Sports Radio, Sheffield revealed that he no longer watches baseball, and hasn’t for years. It’s a surprising admission from Sheffield given the fact that he worked as a baseball analyst for TBS during the postseason after he retired from the game.

“I don’t watch baseball at all,” Sheffield explained. “I was kind of forced to watch baseball, because I was working with TBS. And so I had to remember, really find out who were these players.

So, how was he able to talk about the game and players around the MLB without actually watching the games? Apparently, he’d just get educated by someone at TBS, that’s how much he hated watching today’s game.

“I’ll tell you the secret now: I never watched the games during the season,” Sheffield said. “I would get educated on it when I got there. It’s not something that I could watch, based on what I’m seeing, because I’ll be a complainer…This is the first time I’ve ever said that out loud, but I’m just truly disappointed with what I watch.”

Sheffield went on to explain that baseball was more exciting when he was playing, but now that they’ve made the game “more hitter-friendly,” he’s not intrigued by all the strikeouts in today’s game and how home runs have all of the sudden become less appealing.

You may know someone in your life that can’t stand watching baseball games, but they may not hate the game as much as Sheffield does.