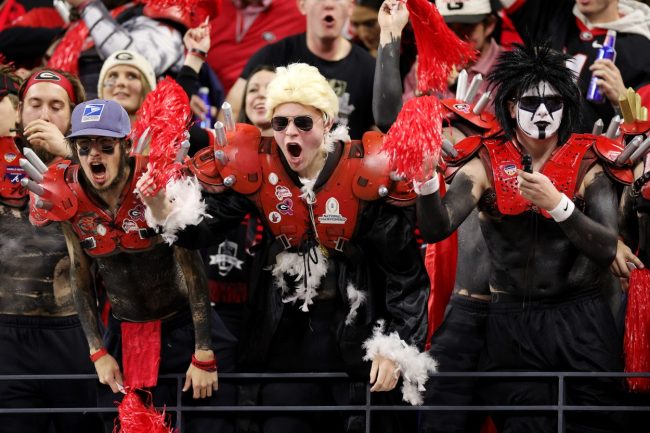 Georgia football won its first National Championship since 1980 on Monday night and it set off a party in the streets. The Bulldogs entered the game as 2.5-point favorites and went on to win by 15.

Quarterback Stetson Bennett, who was a former junior college walk-on, led his team to victory and the Georgia defense was simply too much to overcome for Alabama and Heisman Trophy winner Bryce Young. For only the second time in history did one of Nick Saban’s former assistants, Kirby Smart, take down his former mentor.

It was an exciting game for college football fans, but it meant a whole lot more to the Bulldogs faithful.

After the game, downtown Athens was absolute scenes. The students and locals flooded the streets and partied until the wee hours of the morning.

Athens was hopping last night! Were you a part of the celebrations? See more photos of Georgia fans savoring the win here: https://t.co/wFRRg4jRz8 pic.twitter.com/9eXltpwrF4

Students were climbing light poles and firing up the crowd.

Shirtless students wore traffic cones on their heads like hats.

As has been tradition in Athens since at least 1984, when the Bulldogs win, fans ring the chapel bell in victory. The ringing did not stop until the early hours of Tuesday morning.

Ringing the bell back home in Athens! #GoDawgs #NationalChampionship pic.twitter.com/qgl8KoPBFh

The game clock did not hit zero until after midnight on the east coast and the celebration kept rocking until well after 2:00am.

There was simply no hope in trying to disperse the party. It was chaos and it was awesome.

The spring semester at UGA began on Monday, January 10, 2022— the day of the National Championship. After the party last night, if classes weren’t pushed back by their professors, it is easy to imagine that there are plenty of students who missed their first day of Tuesday classes this morning. Party on, Bulldogs.