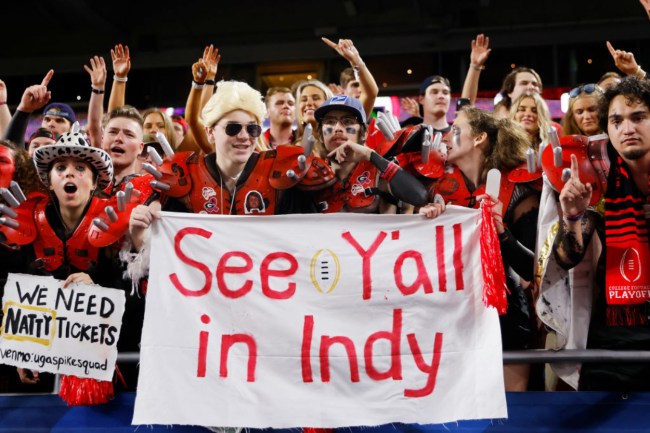 Georgia is hoping history does not repeat itself on Monday night when the Bulldogs square off against Alabama in the national championship game.

Three years ago, almost to the day, Tua Tagovailoa and the Crimson Tide ripped the hearts out of every Georgia fan by connecting with Devonta Smith in overtime to give Bama what was then its second CFB Playoff national title.

You also have the fact that Alabama has beaten Georgia seven straight times with four of those losses coming in the SEC title game or the national championship game.

You have to go back to 2007 for the last time the Bulldogs beat Alabama.

Nevertheless, Georgia is the favorite in Monday night’s national championship game in Indianapolis, somehow, some way.

While Georgia fans don’t need any extra motivation ahead of the big game, the football program released an official hype video narrated by former Bulldog and Pro Football Hall of Famer Terrell Davis ahead of the tilt against the Tide.