If History Is To Repeat Itself, Alabama Does Not Stand A Chance Against Georgia 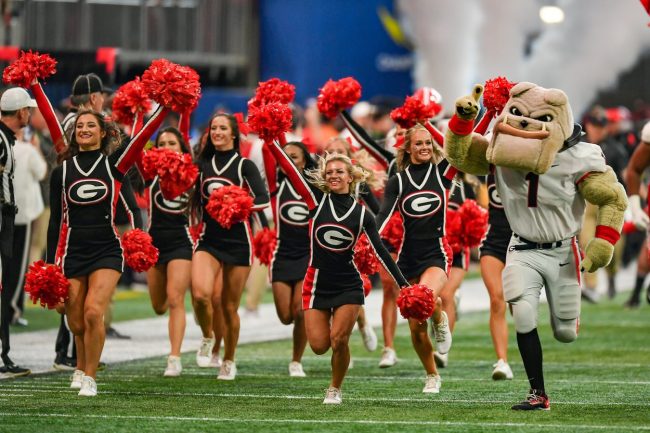 As Alabama and Georgia gear up for the College Football Playoff National Championship on Monday, predictions are running rampant. Everybody and their mother has an opinion on who will win, but history alludes to a clear-cut winner.

Earlier this year, the Crimson Tide and the Bulldogs squared-off as the No. 3 and No. 1 teams in the country, respectively. Nick Saban’s offense scored on five-straight possessions against Kirby Smart’s defense, which had allowed less than eight points per game during the regular season.

In the end, the offensive explosion proved too much for top-ranked UGA and Bama came out victorious. The game pushed the Tide to the nation’s top spot and bumped the Bulldogs to the No. 3 ranking.

After dominating Michigan and Cincinnati, the two teams will meet again tonight. The winner becomes the national champion, the loser goes home sad.

Should history be any indication, it is Georgia’s game to lose.

This will be the fifth time that two top-five teams are playing each other twice in the same season. In the previous four instances, the team that won the first game lost the rematch.

Alabama-Georgia will be the 5th time teams have met twice in the same season with both meetings being AP Top-5 matchups. The loser of the first game won the rematch in all 4 previous instances. #NationalChampionship

Using the past as a predictive variable, it makes tonight’s result clear—

The Bulldogs lost to the Tide in the first meeting this season. Thus, as the loser, Georgia is set to beat Alabama in the rematch.

As of this writing, the betting line reflects that notion. UGA is 2.5-point favorites. Will history repeat itself?