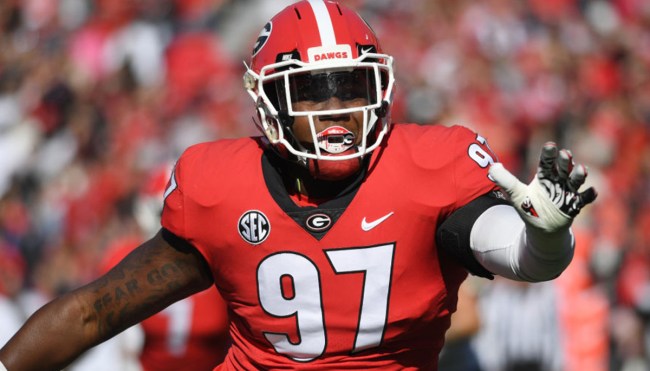 People have been doing stupid things to entertain themselves for ages, but the rise of social media has given users more incentive than ever to do exactly that in exchange for the dopamine rush that comes with every like and comment that ensues.

The “Do It For The ‘Gram” mentality has spawned countless trends that center around shenanigans that are supposed to be cheeky and fun but have plenty of potential to become tragic and cruel if you’re not careful—a lesson that one college football player reportedly learned the hard way this week.

If you don’t keep your finger on the pulse of TikTok, then you might not be aware of the “Orbeez Challenge” that has managed to generate a fair amount of drama over the past month or so.

The viral fad revolves around people filming themselves using Orbeez guns that shoot water-filled gel pellets, but the risk of injury and rise in incidents where unsuspecting strangers have been targeted has resulted in law enforcement agencies and local news outlets sounding the alarm.

If you terrorize people w/ the #OrbeezChallenge, we'll arrest you.
Shooting a gel-bead gun at someone isn't a prank. It's a crime.
Not only can it cause serious injuries, it puts your life at risk.
It would only take a moment of panic for someone to fire back – w/ real bullets. pic.twitter.com/V2ThP8g4sn

According to UGASports, Georgia Bulldogs lineman Warren Brinson became the latest person to fall victim to the challenge after he allegedly victimized a group of strangers he apparently confused with people he knew in an Orbeez drive-by shooting on Thursday night.

The people who were targeted reported the incident to campus police, and a report shows Brinson was being held on $1,500 bond after being charged with simple battery in connection to the incident.