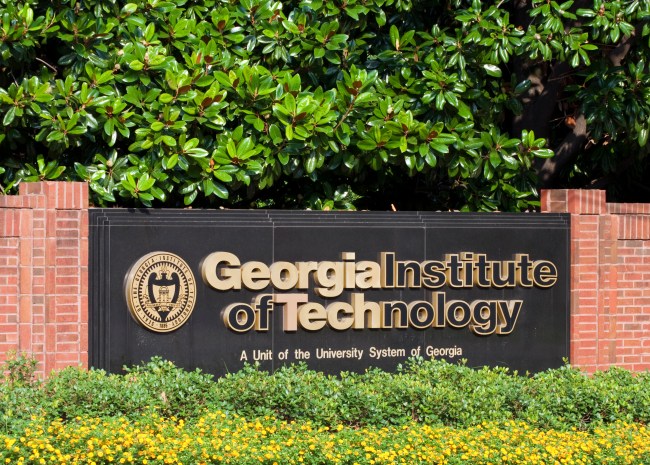 The NCAA served Georgia Tech a notice of allegations yesterday that serious recruiting violations had been committed by former assistant basketball coach Darryl LaBarrie and Ron Bell who is a ‘former friend’ of Georgia Tech coach Josh Pastner. The NCAA is alleging Level I violations which are the highest level of violations.

The Atlanta Journal-Constitution broke this news last night and it doesn’t look good at all for Georgia Tech. The reports allege that former assistant coaches took a recruit to the strip club in ATL with a huge wad of cash so the kid could make it rain on his official visit.

The allegations go deeper and appear to allege a coverup story and collusion on the behalf of Georgia Tech, and the NCAA wants to bring this in front of a hearing panel. Here are some wild excerpts from the filing:

“Based on the information contained within the following allegations, the NCAA enforcement staff believes this case should be reviewed by a hearing panel of the NCAA Division I Committee on Infractions pursuant to procedures applicable to a severe breach of conduct (Level I violation).”

The NCAA found that in November 2016 – six months after his hire to join Pastner’s staff – LaBarrie took a prospect on an official visit and a team member to a strip club and facilitated an improper recruiting contact with a person described in the notice as a representative of the school’s athletics interest. It also found that the prospect and team member were provided by $300 cash, though not by LaBarrie. (All names in the report but LaBarrie’s and Bell’s were redacted.) (via)

Doesn’t sound good, does it? Well, it gets worse for everyone involved based on this next segment of the allegations…

He did so, the NCAA found, even after being told not to speak with others about the matter. LaBarrie was placed on administrative leave in November 2017 and resigned later in the season. (via)

The report from AJC goes on to claim that former assistant basketball coach Darryl LaBarrie’s ‘actions may merit a show-cause order’ which basically means that whatever penalty the NCAA hits him with would follow him to any job within college basketball and not be specific to just Georgia Tech. They did reach the coach for comment:

“My comment is these allegations are not all factual and the truth will come to light when I meet with the committee,” LaBarrie wrote in a text. “People who know me know my character and what I stand for. This is all part of my journey as a God-fearing man and this has made me a better person, father, mentor and coach.” (via)

10th seeded George Tech basketball was bounced in their first game of the ACC Tournament by Notre Dame and it’s incredibly unlikely that they’ll be getting an invite to the March Madness NCAA Tournament next week. I can’t help but wonder, was it worth it?

To read the full report, you can click here and head on over to AJC.com.