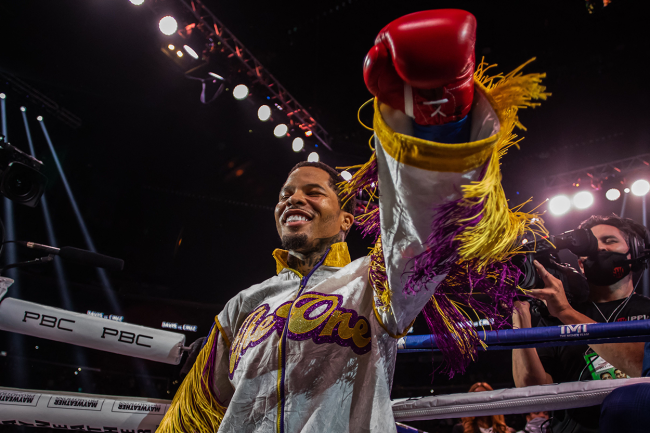 Gervonta “Tank” Davis is one of the biggest rising stars in boxing. The 27-year-old Baltimore native is 27-0 in his professional career with 24 of his wins coming by knockout.

That was again the case on Sunday night when Davis fought Isaac Cruz. He was originally scheduled to fight the WBA interim lightweight champion, but he was replaced after some out-of-ring issues.

Regardless of the opponent, Davis went to work.

Davis did not record a knockout and it wasn’t his best fight, but he recorded a win by unanimous decision. There was also a reason for the (slightly less impressive) showing.

His most notable punch is a left-hand uppercut. It sends dudes into the shadow realm.

However, after the fight, his longtime trainer Calvin Ford revealed that he suffered an injury to his hand prior to the fight but continued to throw through it.

“Lemme explain something to y’all – [Davis’] hand got hurt in camp,” Ford said. “He never complained about it. He came out here and put on a helluva show. That’s the bottom line. He fought this kid with one hand. He came in the corner at the sixth round and said, ‘My hand is hurting.’ And if you look at the tape, I said, ‘Man, I don’t wanna hear that. Fight through it.’ And he done it. Y’all gotta give this young man his props.”

Davis acknowledged that his injury was affecting him, but was quick to push past that narrative.

On Monday, less than 24 hours after the conclusion of the 12th round, Davis shared just how swollen his hand really was. It was a balloon. 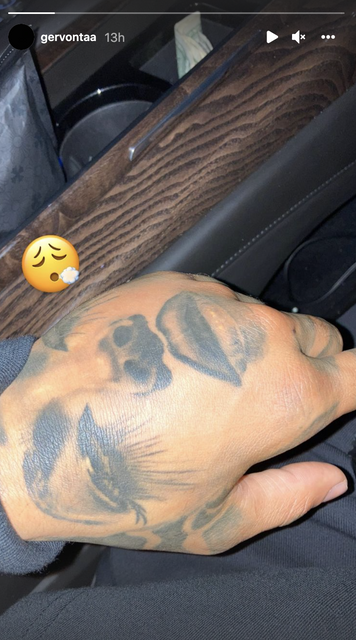