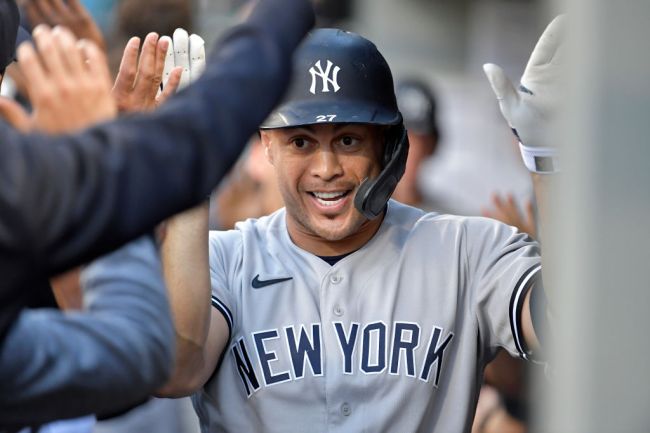 Giancarlo Stanton set the tone early for the Yankees against the Mariners on Tuesday night. The 6-foot-6, 245-pound slugger stepped up to the plate in the top of the first inning with two runners on. He took the first pitch he saw for a strike and took the second 434 feet for a home run.

The gargantuan moonshot scored the first three runs in New York’s 12-1 win. It was a no-doubter the second it left the bat.

I have been watching a lot of soccer over the past few weeks and find the Spanish broadcasts to be far more entertaining than those in English. I carried that notion into my everyday sporting events and decided to watch last night’s Yankees game in Español.

Coors Banquet and the quest for a second date.

Little did he know, Stanton’s rocket was crucial in securing a second date for a New York fan in Seattle.

Having grown up in Connecticut, many of my friends are fans of the Bronx Bombers. One of them currently resides in the Emerald City and wasn’t going to miss out on a chance to watch his team in person.

Without any fellow Yankees fans to attend the game on a Tuesday night, he asked a blind date to join him. She accepted.

The two of them met for a pregame drink, made their way into the stadium and set up with a Coors Banquet just beyond the visiting bullpen in left field.

He discovered that her ex-boyfriend played Low-A minor league baseball, so he was not thrilled about his odds, but things were going well.

Did her ex make the Bigs? No, so there was nothing to worry about. Who couldn’t have played Low-A ball somewhere, am I right?

First pitch was underway and, moments later, Stanton went yard. He bounced his bomb high off of the second deck in left field and it just so happened to be right above where my friend and his new lady friend were standing.

As the broadcast pulls in on the home run, my friend can be seen throwing his arms up in jubilation.

“I’m having a splendid time,” he texted in our group chat.

In case you missed him: 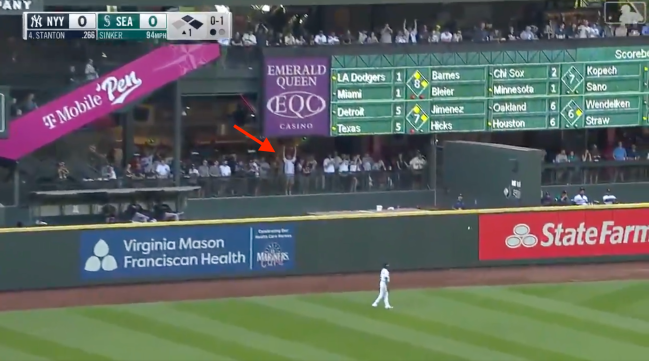 As I said, the Yankees went on to win by 11 runs. But nobody cares about that result.

First thing this morning, I asked whether my friend got a second date.

“I sure did,” he replied. “No idea how. The lads are absolutely buzzin!”

True love may have been found, all because of a Giancarlo Stanton tater. The lads are buzzing indeed.