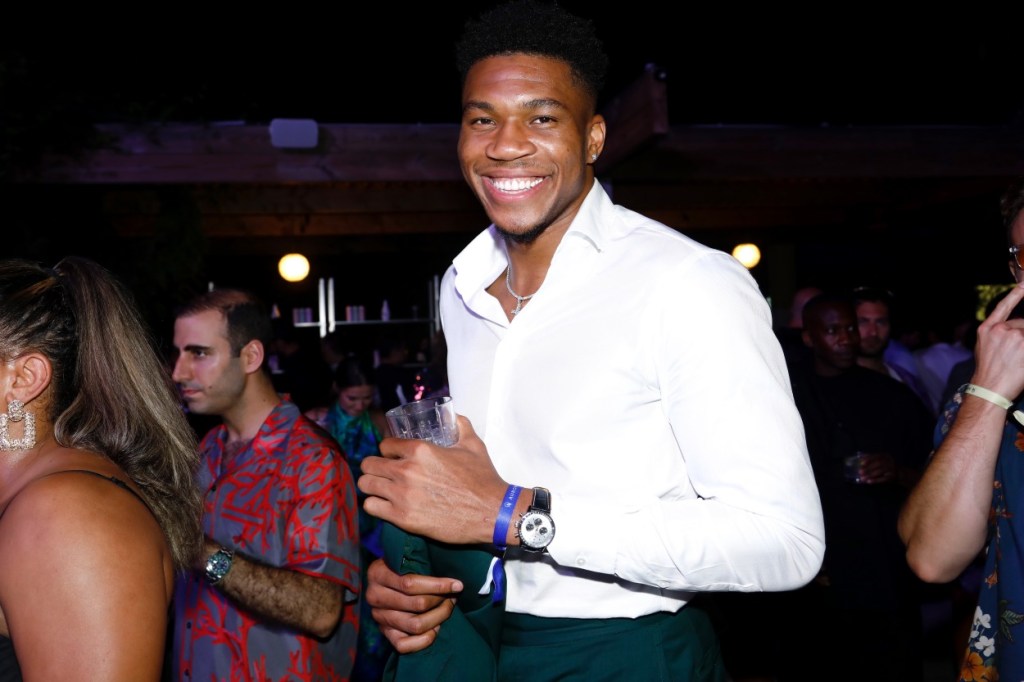 It has been nearly 25 years since Michael Jordan left the Chicago Bulls but his impact in the Windy City is still felt on the NBA’s biggest stars today.

Milwaukee Bucks superstar Giannis Antetokounmpo was asked over the weekend if he’d ever want to play for the Bulls and his answer was stunning. It was stunning because he didn’t hold back at all in his praise of the Chicago Bulls. Giannis Antetokounmpo went as far as saying any NBA player who says they wouldn’t want to play for the Chicago Bulls is a liar.

Here is Giannis talking about how he’d love to play for the Chicago Bulls at some point in his career even though he’s currently committed to the Bucks. The video and quotes are below:

Giannis Antetokounmpo Praises The Chicago Bulls, Says He’d ‘Love’ To Play For Them

We must assume that if Giannis Antetokounmpo feels that way about the Chicago Bulls the same is true for other teams, right? If it’s about the history of winning championships and the legacy of the NBA’s greats, then Giannis would also love to play for the Los Angeles Lakers, Boston Celtics, and New York Knicks, right?

Bucks fans were stunned by his remarks, other NBA fans were more intrigued.

Here’s what the folks on Twitter are saying about these remarks from Giannis Antetokounmpo:

He is coming to Chicago pic.twitter.com/QYLvve9i7D

We will never win another Chip with Bucks.

How is this trolling? He’s being completely honest about how he’d love to play at this team in the future if the opportunity presents itself. Giannis isn’t saying he’s looking to leave, just that he’d be very happy there in the future.

Smart. Keep the front office in their toes. Show them that just cuz you got one chip, doesn’t mean he’s done and wants to retire there with one. If they don’t try every year to be competitive, he’ll gladly leave. Giannis too smart

Is it realistic that Giannis Antetokounmpo ever plays for the Chicago Bulls?

Giannis Antetokounmpo is currently in just the 2nd year of his current 5-year contract with the Milwaukee Bucks. He’ll get paid $42 million this season followed by $45M, $48M, and $52M in the years to come. And then Giannis will become an unrestricted free agent in 2026 if he doesn’t sign an extension at any point.

He is currently 27 years old so he won’t be old by the time he sniffs free agency again. It will be interesting to see what happens in a couple of years, or if the Milwaukee Bucks ever see a chance to trade him to start rebuilding.