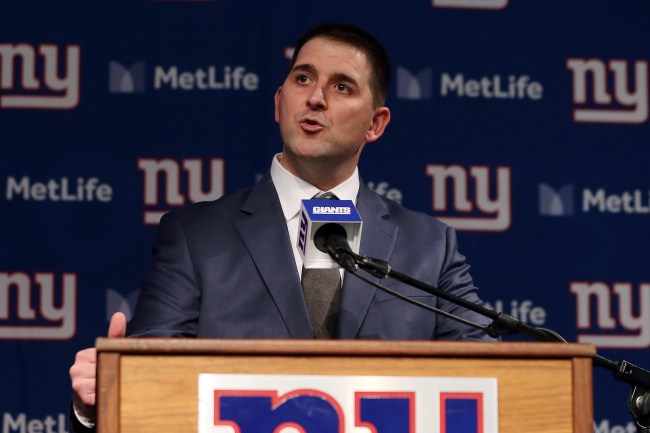 NY Giants head coach Joe Judge had some harsh words for the Philadelphia Eagles, who have been accused of tanking their game vs Washington on Sunday night to get a better draft pick.

During his media session on Monday, Judge reminded everyone that players opted in to play during a pandemic this season and those players deserved to be allowed to compete until the final whistle of the season.

Obviously players have asked me throughout the day, and I just can’t express that one thing to keep in mind from this season is that we had a lot of people opt in to this season. OK, we had a lot of people opt in. Coaches, players, family members as well,” Judge said. “So to look at a group of grown men who I asked to give me effort on a day-in, day-out basis and to empty the tank and then I can look them in the eye and assure them that I am always going to do anything I can to put them in a competitive advantage and play them in a position of strength.

Judge went on to blast the Eagles for disrespecting the game by tanking and promised that the Giants would never stoop that low as long as he’s the head coach of the team.

Joe Judge talks about the sacrifice it took to make this season happen:

"To disrespect the game by going out there & not competing for 60 minutes to doing everything you can to help those players win – we will never do that as long as I'm the head coach of the New York Giants." pic.twitter.com/TXMZOumjZh

“To me, you don’t ever want to disrespect those players and their effort and disrespect the game. The sacrifices that they made to come into work every day and test before coming in, to sit in meetings spaced out, to wear masks and have shields over those masks, to go through extensive protocols, to travel in unconventional ways, to get text messages at 6:30 in the morning telling them practice was going to be canceled [and] we have to do a virtual day, to tell them please don’t have your family over for Thanksgiving, please avoid Christmas gatherings, we know it’s your wife’s birthday let’s make sure we put that one off until the offseason. There’s a number of sacrifices made by all the players and coaches in this league. There’s a number of sacrifices that comes along as well with the family members and people connected to them.

“To disrespect the effort that everyone put forward to make this season a success in the National Football League, to disrespect the game by going out there and not competing for 60 minutes and doing everything they can to help those players win, we will never do that as long as I am the head coach of the New York Giants.”

Doug Pederson explains why he took Jalen Hurts out of the game vs. Washington: pic.twitter.com/chB3dxTRE3